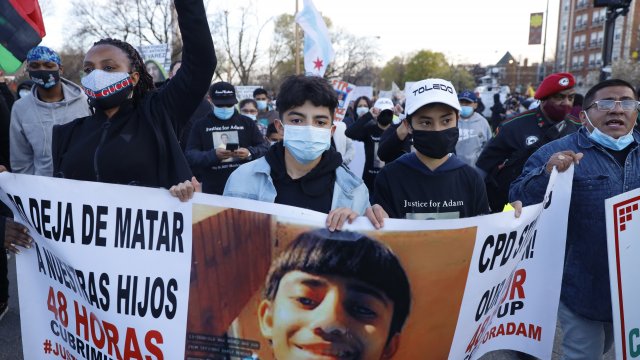 Adam Toledo is the 13-year-old who was shot by police last month.

A group of Latino lawyers is calling on the Justice Department to investigate the fatal police shooting of Adam Toledo.

The group wants a probe into the circumstances that led up to his death.

He's the 13-year-old who was shot by police last month.

Video released last week shows an officer shooting Toledo as the boy had his hands up.

But the video appears to show Adam dropping a gun right before he put his hands in the air.

In a news conference members of the group said the police department can't be trusted to investigate itself and that a DOJ investigation would send a strong message.