Call Pence Or Trump? It's Decision Time For Jan. 6 Panel 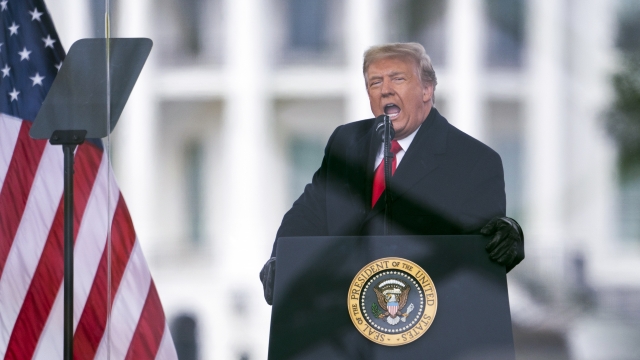 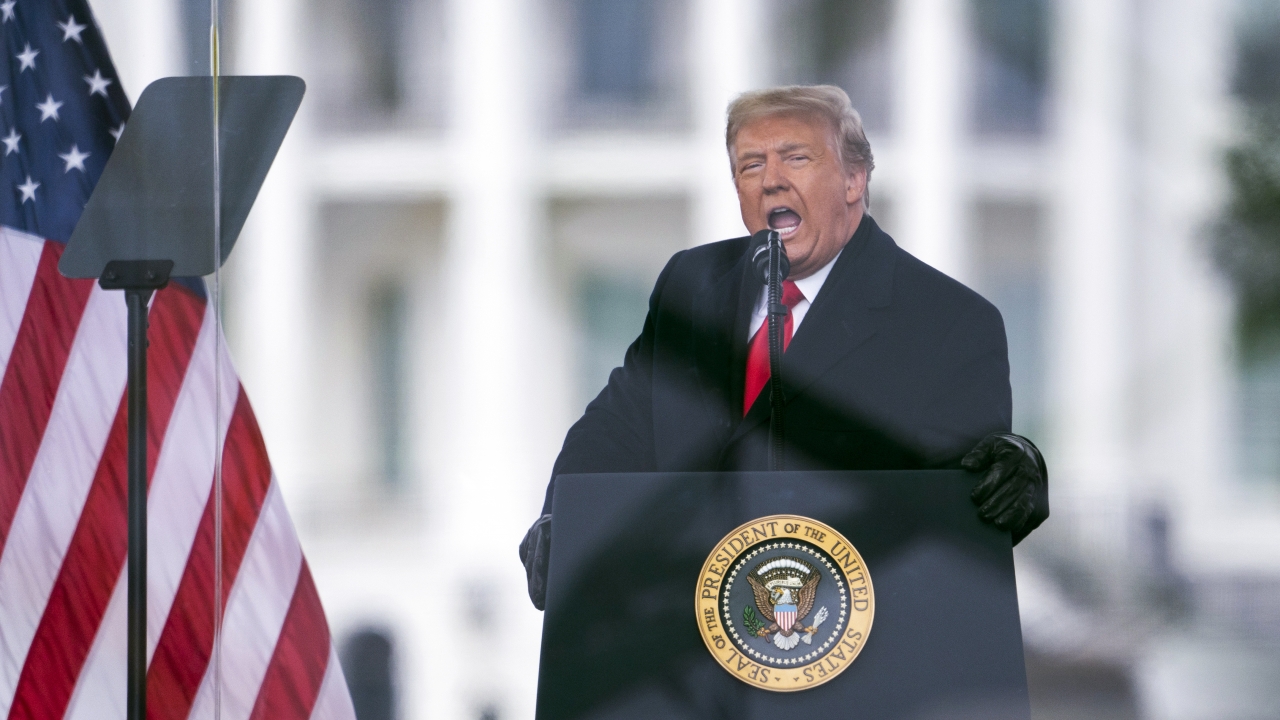 The House committee investigating the Jan. 6 insurrection has interviewed nearly 1,000 people. But the nine-member panel has yet to talk to the two most prominent players in that day's events — former President Donald Trump and former Vice President Mike Pence.

As the investigation winds down and the panel plans a series of hearings in June, members of the committee are debating whether to call the two men, whose conflict over whether to certify President Joe Biden's 2020 election win was at the center of the attack. Trump pressured Pence for days, if not weeks, to use his ceremonial role presiding over the Jan. 6 count to try to block or delay President Biden's certification. Pence refused to do so, and rioters who broke into the building that day called for his hanging.

There are reasons to call either or both of them. The committee wants to be as thorough as possible, and critics are sure to pounce if they don't even try. But some lawmakers on the panel have argued that they've obtained all the information they need without Trump and Pence.

Nearly a year into their wide-ranging investigation into the worst attack on the Capitol in more than two centuries, the House committee has interviewed hundreds of witnesses and received more than 100,000 pages of documents. Interviews have been conducted out of the public eye in obscure federal office buildings and private Zoom sessions.

The Democratic chairman, Mississippi Rep. Bennie Thompson, said in early April that the committee has been able to validate a lot of the statements attributed to Trump and Pence without their testimony. He said at that time there was "no effort on the part of the committee" to call Pence, though there have been discussions since then about potentially doing so.

Speaking about Pence, Thompson said the panel had "initially thought it would be important" to call him, but "there are a lot of things on that day we know — we know the people who tried to get him to change his mind about the count and all of that, so what is it we need?"

A lot of the people they are interviewing, Thompson added, "are people we didn't have on the original list."

The panel, which comprises seven Democrats and two Republicans, has said that the evidence it has compiled is enough to link Trump to a federal crime.

Much of the evidence the committee has released so far has come from White House aides and staff — including little-known witnesses like Cassidy Hutchinson, a former special assistant in the Trump White House, and Greg Jacob, who served as Pence's chief counsel in the vice president's office. The panel also has thousands of texts from Trump's final chief of staff, Mark Meadows, and has talked to two of the former president's children, Ivanka Trump and Donald Trump Jr., who were with their father the day of the attack.

There are still questions that Trump and Pence could answer, including what they talked about the morning of Jan. 6, when Trump made his final plea for Pence to overturn the election when he presided over the Electoral College count in Congress. Lawmakers have been able to document most of Trump's end of the call but not what Pence said in response.

In the hours after Trump and Pence spoke, the vice president issued a statement saying he did not have the power to object to the counting of electoral votes. But the president did not relent, and went on to publicly pressure Pence at his massive rally in front of the White House and then on Twitter even after his supporters had broken into the Capitol.

Still, it is unlikely that the two former leaders would speak about the conversation to the committee — and it's unclear if they would cooperate at all.

While Pence has yet to comment on the committee's work, Trump would certainly be a hostile witness. He has fought the investigation in court, demonized the committee on TV and tried to assert executive privilege over White House papers and any conversations he had with his aides — demands that would certainly apply to his morning call with Pence.

In addition, calling a former president or vice president to testify in a congressional investigation is a rare, if not unprecedented, move that could face major legal hurdles and backfire politically.

The Jan. 6 committee has given only a glimpse of what it has found, mostly in court filings where excerpts of transcripts have been used.

A recent filing from the committee revealed portions of interviews with Hutchinson that took place in February and March of this year. That testimony provided new evidence about the involvement of GOP lawmakers in Trump's effort to overturn the 2020 election, including a meeting at the White House in which attorneys for the president advised that putting up an alternate slate of electors declaring Trump the winner was not "legally sound."

Another court document revealed testimony from Jacob, who served as Pence's chief counsel. In a series of emails, Jacob repeatedly told lawyer John Eastman, who was working with Trump, that Pence could not intervene in his ceremonial role and halt the certification of the electoral votes. Jacob told Eastman the legal framework he was putting forward to do just that was "essentially entirely made up."

Meadows' texts have also been revelatory, detailing how people inside Trump's orbit pleaded for him to forcefully condemn the attack on the Capitol as it unfolded. The pleas came from Trump's children, members of Congress and even Fox News hosts.

"He has to lead now. It has gone too far and gotten out of hand," Donald Trump Jr. texted Meadows as protesters breached the security perimeter at the Capitol.