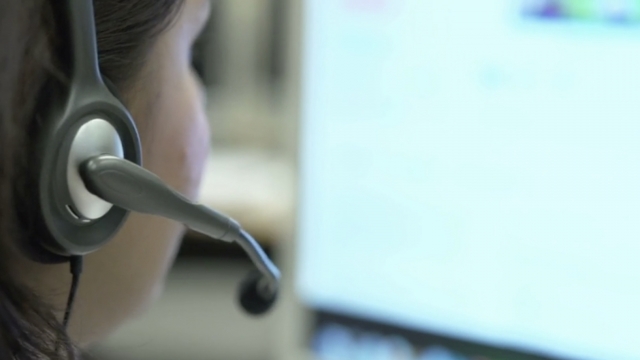 When calling customer service and actually reaching a real human, it's likely people end up speaking to someone outside of the U.S. about a domestic issue.

It's no secret many companies outsource their customer service to call centers around the globe. Sometimes, it's the representative's accent that lets the customer know they aren't stateside.

But one startup has plans to hide foreign accent completely.

It's a controversial idea, creating a new debate around accents: On the one hand, this could help protect workers from discrimination. On the other hand, skeptics argue it could actually exacerbate existing problems with discrimination.

Accent training for call centers is already standard procedure. Workers are usually trained in a number of different English-speaking accents. The BBC reported on one company that trained workers both in their speaking accents and in understanding accents, like New Yorker, Jamaican and even Medieval English accents.

One of the apparent benefits of using tech that neutralizes accents means it could save companies from a rigorous training process. The other major goal is protecting workers from discrimination.

One of the founders of Sanas, who is a former call center worker, told the Guardian, "I built this technology for the agents, because I don't want him or her to go through what I went through."

Unsurprisingly, call centers are magnets for all kinds of accent discrimination from callers. Accents are a huge factor in how we perceive identity and form prejudices. They can be associated with cultural background, nationality or even class and education.

Some research has shown accents can play an even more important role in how humans judge based on looks and how humans respond to non-native accents differently: In one study, native English speakers rated recordings of different accents saying statements like "Ants don't sleep," but the results showed the English speakers rated the statements said with the heaviest accents as the least true. In other words, they trusted them less.

It might be easy to point to studies like this as evidence that accent bias is just unavoidable, but experts say it seems more like the other way around: Stereotypes are what shape how we respond to certain accents in the first place.

Some studies show that native U.S. English speakers trust British accents more than Indian accents, regardless of how strong it is, or that Mexican and Greek accents were seen as "less intelligent or professional" than people using standard U.S. English.

This isn't just the U.S. Many countries in Europe, like Sweden or Denmark, have dialects referred to as "street language" or "street dialects." But these are often used by immigrant communities and are seen as "less refined."

Some language experts suggest exposure to more accents can actually help combat harmful stereotypes, which circles back to why some critics have raised eyebrows at the call center technology.