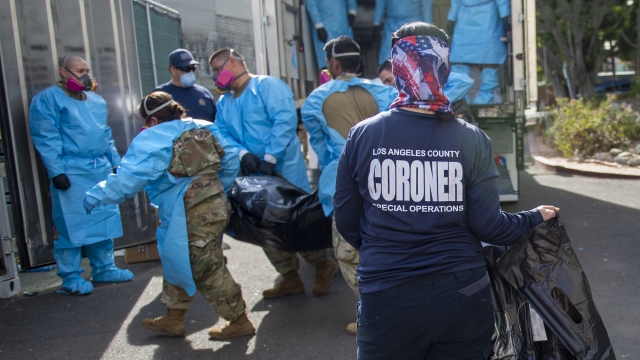 SMS
California Surpasses New York For Most COVID Deaths
By Newsy Staff
By Newsy Staff
February 10, 2021
The virus has claimed the lives of almost 45,000 people in California.
SHOW TRANSCRIPT

California has surpassed New York for the most deaths from COVID-19.

The virus has claimed the lives of almost 45,000 people in California.

That's the number of fans that can fit in the lower bowl at the San Francisco 49ers home stadium. That stadium is now being used as a vaccination site.

"The administration will be phasing in direct allocations of the vaccines to community health clinics, directly putting allocations into that clinic network all throughout the state of California, which will also advance the cause of equity in terms of the distribution," said Gov. Gavin Newsom.

He says equity is a "real concern" when it comes to distributing the vaccine. The state is trying to improve access for underserved communities.

Nearly 4 million people have received at least one shot of the vaccine in California. But that's still less than 10% of its population.