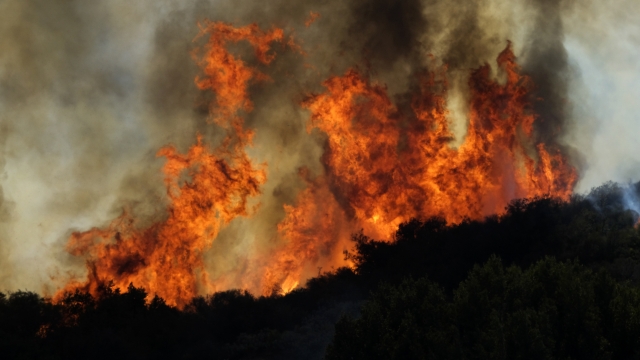 More than 3,000 homes, businesses and other structures have been damaged or destroyed by wildfires, and the Santa Ana winds exacerbate the threat.

California's wildfire season runs from July through October. Firefighters battle massive blazes during the summer. But in the fall, there's a new threat: the Santa Ana winds, which fan the flames of these fires.

The California coast is normally a windy area. Winds from the Pacific Ocean blow onshore, but Santa Ana winds are stronger, drier and arrive during the height of the fire season.

The Santa Ana winds start in the deserts of Nevada and Utah, where a high-pressure system dominates the region. Winds flow from high pressure to low pressure, so these winds head to the southwest toward Southern California.

Along the way, the winds run up the side of various mountains. At the top the air is cooler, but when it starts flowing down the other side, the winds get compressed. This causes the air to heat up through what is known as the Adiabatic process.