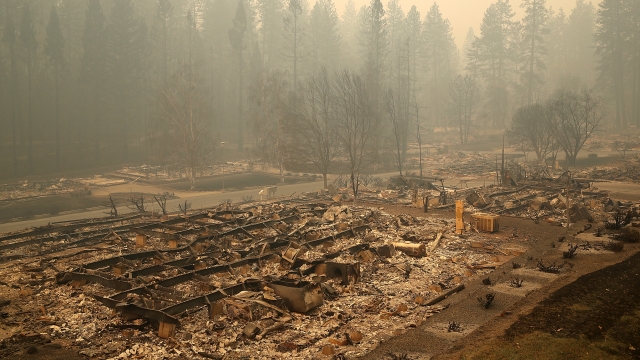 California's deadly wildfires last November are now the most expensive in the state's history.  Insurance claims from the fires have reached $11.4 billion.

One of the fires alone — the Camp Fire — was the deadliest and most destructive blaze in California's recorded history. It killed 86 people, leveled almost 19,000 buildings and residences and scorched over 153,000 acres.

California's insurance commissioner said out of the 46,000 claims, 13,000 homes and businesses suffered total losses. He also said Department of Insurance staff has been on site at affected areas to continue helping people who were impacted by the fires.