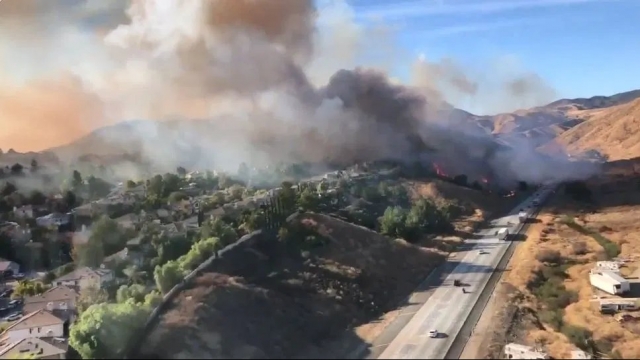 Two wildfires in California have forced thousands of people to evacuate.

The Kincade Fire in Sonoma County started Wednesday evening. As of Friday morning, California officials estimated the fire had spread to nearly 22,000 acres and had already destroyed 49 structures. The flames prompted mandatory evacuations for the town of Geyserville and nearby areas, impacting about 2,000 people.

The Tick Fire in southern California started Thursday afternoon. At about 4,300 acres, it's significantly smaller than the Kincade Fire, but it's impacting a larger number of people. The Los Angeles County Fire Department says about 40,000 people are under evacuation orders.