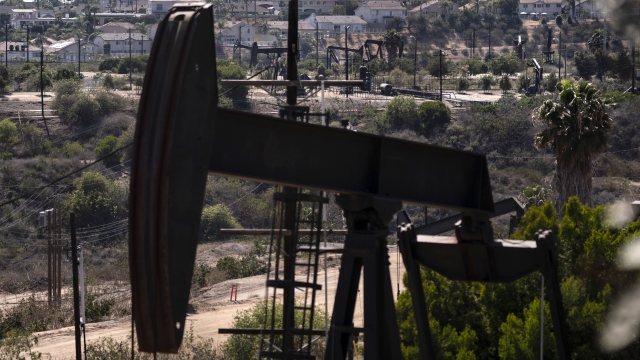 SMS
California Regulators Propose Location Ban On Oil And Gas Drilling
By Associated Press
By Associated Press
October 22, 2021
The proposal would ban new drilling within 3,200 feet of schools, homes and hospitals but would not ban drills that are already in place.

California's oil and gas regulator on Thursday proposed that the state ban new oil and gas drilling within 3,200 feet of schools, homes and hospitals to protect public health in what would be the nation's largest buffer zone between oil wells and communities.

It's the latest effort by Democratic Gov. Gavin Newsom's administration to wind down oil production in California, aligning him with environmental advocates pushing to curb the effects of climate change and against the powerful oil industry in the nation's seventh-largest oil producing state. 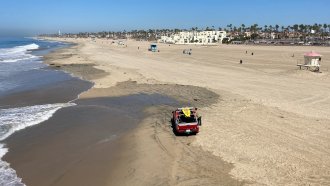 Studies show living near a drilling site can elevate risks of birth defects, cancer, respiratory problems and other health issues. More than 2 million Californians live within 3,200 feet of oil drilling sites, primarily low-income residents and people of color in Los Angeles County and the Central Valley. The proposal would not ban wells already operating in those zones but would add new pollution controls.

This would be the first time California has set statewide rules on how close drilling can be to homes, schools and other sites. Other oil and gas producing states such as Colorado, Pennsylvania and even Texas have rules about how close oil wells can be to certain properties. Colorado’s 2,000-foot setback on new drilling, adopted last year, is the nation’s strictest rule right now.

The Western States Petroleum Association, an oil and gas interest group, blasted the proposed rules as an “activist assault on California’s way of life, economy and people” in a statement from President Catherine Reheis-Boyd.

The rules are a draft that signal what the administration is seeking, but they could change and won't take effect until at least 2023.