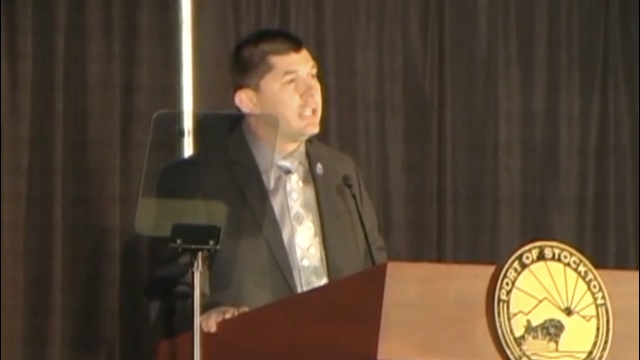 By Lindsey Pulse
August 5, 2016
Anthony Silva, mayor of Stockton, California, has reportedly been under investigation for about a year.
SHOW TRANSCRIPT

The mayor of Stockton, California, has been arrested on multiple charges relating to a city-run youth camp in east-central California.

KFSN reports Mayor Anthony Silva was taken into custody on Thursday on accusations of contributing to the delinquency of a minor, providing alcohol to a person under 21 and recording confidential communications.

KTXL reports a game of strip poker was recorded on Silva's cellphone at the Stockton Silver Lake Camp in 2015.

According to his government website, Silva has spent a majority of his career working with kids.

He's served as the president and CEO for the Boys & Girls Clubs of Stockton for at least six years. His government website says he has a "passion for helping youth."

These charges come as Silva has been under investigation for about a year. Investigators found 23 photos and four videos relating to the events at Stockton Silver Lake Camp.

This news comes less than a week after it was announced Silva's stolen gun was used in the 2015 killing of a 13-year-old boy.

Silva was elected as mayor in 2012 and is reportedly running for re-election in November.