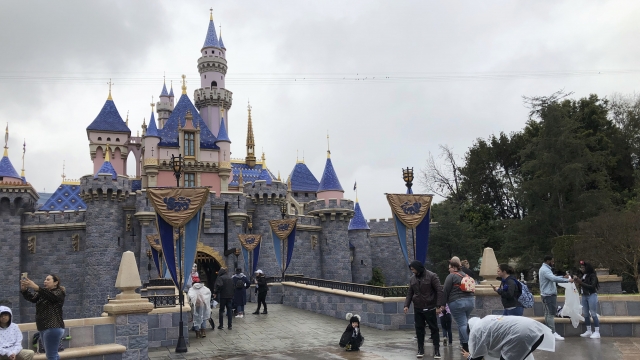 SMS
California Seeks To Reopen Theme Parks, Stadiums as Early as April 1
By Alex Arger
By Alex Arger
March 6, 2021
Some outdoor venues may still be slow to reopen - because 87% of the state remains in the strictest tier for COVID-19 restrictions.
SHOW TRANSCRIPT

California is preparing to allow fans back in sports stadiums and permit guests at Disneyland as early as April 1.

The state updated its plans Friday to allow reduced capacity outdoor events at stadiums, ballparks and theme parks. It's still limiting attendance only to California residents. And counties will have to set attendance limits based on their rates of COVID-19 infections and vaccinations.

Out of California's five major league baseball teams, only the San Francisco Giants so far has the go-head to admit more than 100 fans. That's because San Francisco is in the red, or second-worst tier, for Coronavirus outcomes. That's enough to allow up to 20 percent of stadium attendance - and also sell hot dogs and beer.

But counties that are home to the Los Angeles Dodgers and Angels, Oakland A's and San Diego Padres are still in the purple tier - the worst - and will need improved outcomes in order to admit thousands of spectators. Dodgers' president Stan Kasten said he's hopeful the team can "safely host fans to start the season."

Also waiting for a potential April 1 opening if conditions continue to improve is Disneyland in Orange County. But the Great America Theme Park near San Francisco is set to open.

The timing of re-openings also depend on when the state can administer an additional 400,000 vaccines to low-income areas, which will trigger the relaxing of more restrictions.

And Gov. Gavin Newsom is hopeful that will happen soon, saying next week will see more and more counties having flexible restrictions.

"As of today, we're tracking an additional dozen, 12 counties, that likely, again, we likely anticipate they'll be moving to less restrictive tiers in another week."