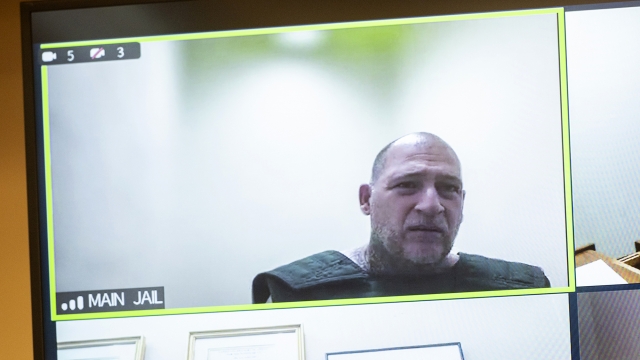 Prosecutors on Monday charged a California man in the kidnapping and killings of an 8-month-old baby, her parents and uncle.

Jesus Salgado is accused of kidnapping the family at gunpoint from their trucking business on Oct. 3. Authorities say Salgado, a former employee with a longstanding dispute, likely killed them within an hour. 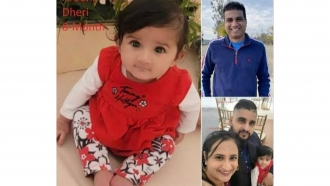 Their bodies were not found until late Wednesday, when a farm worker in an almond orchard in a remote area of the San Joaquin Valley, California’s agricultural heartland, discovered the remains of Aroohi Dheri; her 27-year-old mother Jasleen Kaur; her 36-year-old father Jasdeep Singh; and her 39-year-old uncle Amandeep Singh.

Salgado, 48, tried to kill himself a day after the kidnappings before he was taken into custody. He faces four counts of first-degree murder with special circumstances, the Merced County District Attorney's Office announced Monday. If convicted, he could spend the rest of his life in prison without the possibility of parole.

The special circumstances allege that the slayings were committed during the commission of a kidnapping and were part of multiple killings in the same case.

Salgado appeared in court Monday on video, KFSN reported. He did not enter a plea and asked for more time to find an attorney. He is scheduled to return to court Thursday.

Merced County Sheriff Vern Warnke last week would not discuss the condition of the adults’ remains in the orchard and said it was unclear how the baby died. Warnke said the child had no visible trauma.

Warnke called for Salgado to face the death penalty. But District Attorney Kimberly Lewis on Monday said she would defer that decision to next year.

Salgado is also charged with arson and the possession of a firearm by a prohibited person. He was previously convicted of first-degree robbery with the use of a firearm in Merced County, attempted false imprisonment and an attempt to prevent or dissuade a victim or witness after he held a family he had worked for at gunpoint and forced them to follow his orders nearly 20 years ago.

In 2007, he was sentenced to 11 years in state prison in that case. He was released in 2015 and discharged from parole three years later, according to the California Department of Corrections and Rehabilitation. He also has a conviction for possession of a controlled substance, the department said.