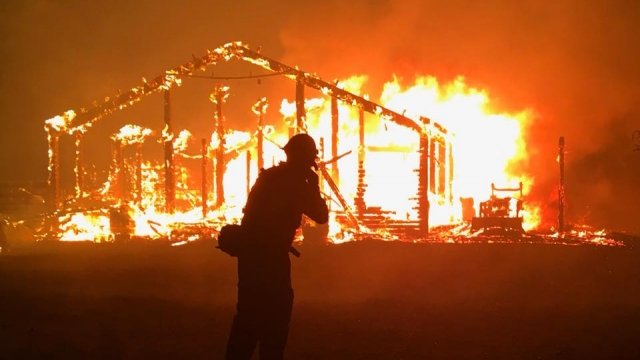 Around 10 large wildfires are burning in California, destroying thousands of acres and dozens of homes.

Authorities reported at least one death in Northern California. At least one firefighter has been treated for burns.

Gov. Jerry Brown declared a state of emergency for San Diego County, where reports say between five and 12 homes in the area have been destroyed.