California Could Signal Start of Troubling Trend in Health Care 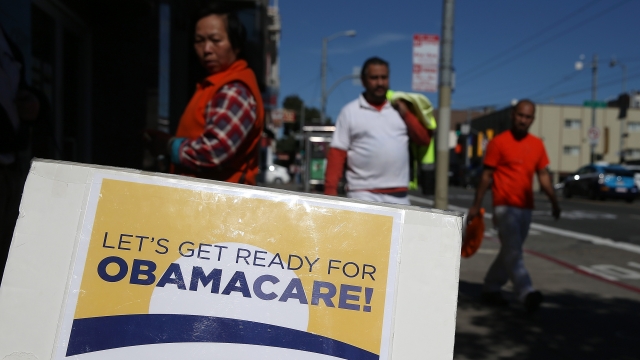 When Republicans eliminated the tax penalty for people who don't have health insurance in a tax reform bill, it stoked fears that more people -- especially younger, healthier Americans -- would stop signing up for coverage.

Now, just over a year later, experts say the government-run insurance market in the nation’s most populous state is beginning to show early warning signs that those predictions might be coming true.

"We saw early indications out of California that new enrollees went down, which is a big deal because it means we're not getting people who weren't covered already coming in to the marketplace," said Shefali Luthra, a correspondent for Kaiser Health News.

New enrollment in Covered California health plans dropped by 23.8 percent in 2019 and officials say it's because of the repeal of the individual mandate penalty, which until this year required people who did not have insurance to pay a tax penalty of $695 per person or 2.5 percent of their income.

The mandate was designed to keep healthy people in the insurance market, which helps drive costs down for everyone.

"[Young people] also are very important to ensure that we have a broad amount of participation of different kinds of people participating in the market because when you have a lot of different people participating it evens out the cost for everyone and brings the premiums down and makes it more affordable for everybody who buys coverage," said Kristine Grow, a spokeswoman for America's Health Insurance Plans, a national trade association of health insurers.

In a bit of a silver lining, Covered California officials say the drop-off in customers was spread out pretty evenly among all age groups. That means the the younger, healthier customers aren't fleeing the market just yet.

But the change to the health care law is already making insurance more expensive.

Covered California's rates have increased by 8.7% on average. Officials said the increase would have only been 5 percent if the individual mandate penalty hadn't been removed.

The Congressional Budget Office also predicted that the change would lead to an increase in average Obamacare premiums of up to 10 percent.

For now, most people say they're hanging on to their insurance. Nine in 10 people surveyed in the Kaiser Family Foundation poll said they planned to keep their insurance, despite the repeal.

The good news is while we did see a little bit of a drop, it wasn't nearly the drop that everyone had expected and what we took away from that is that people appreciate health care coverage. They know why they need it, why it’s important to have.

This year will be the first time since the Affordable Care Act was passed that Americans can be uninsured without facing a heft tax fee.

Experts worry as premiums get more expensive, and more people become aware of the tax change, more healthy, younger Americans will decide to go without insurance.

"It ultimately means that health care gets more and more expensive for these people and it then sort of raises the question, how much benefit are you truly getting out of it?" Luthra said.