California GOP Looks To Steve Bannon To Unite The Party 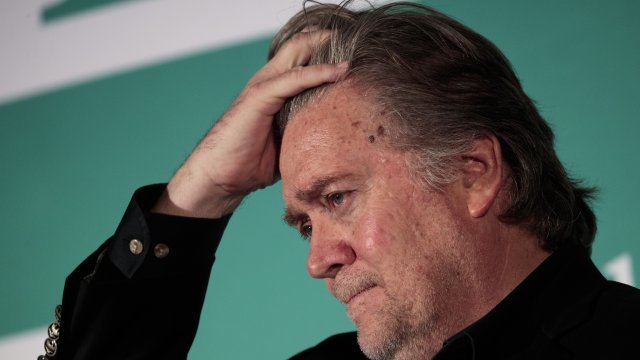 The state's small Republican Party hopes the former Trump adviser can galvanize its base ahead of 2018.

The president's former chief strategist has declared war on the establishment.

Steve Bannon is working to rally the tiny California Republican Party together to grow the base and hold on to seven vulnerable districts in 2018. Less than 26 percent of California voters are registered as Republicans, and the party hasn't won a statewide election since 2006.