California Bans Breeding Orcas In Captivity — But It's A Little Late 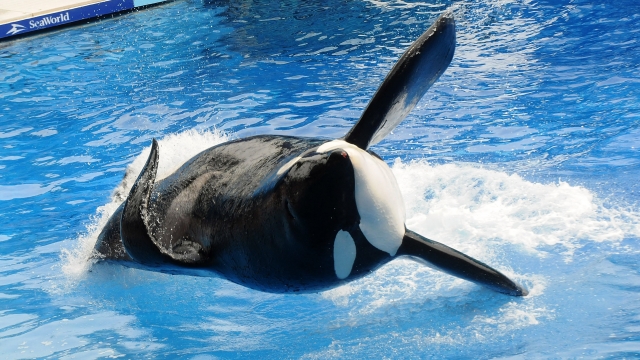 Back in March, SeaWorld said it would quit breeding orcas in captivity. It also said it would cut the animals out of theatrical shows. Now, that pledge will be enforced by law.

California Gov. Jerry Brown signed the Orca Protection and Safety Act into law on Tuesday. The law states orcas can still be used in educational shows but can't be bred in captivity or used in theatrical performances.

But there aren't really that many groups that breed orcas in captivity in California — besides SeaWorld.

And at this point, passing a law seems kind of irrelevant. SeaWorld already pledged to make changes after the release of the 2013 documentary "Blackfish."

The documentary looks at the life of one orca at SeaWorld named Tilikum — the killer whale that was involved in the deaths of three people. SeaWorld received major backlash from animal rights groups after the film's release.

So, if anything, the move is symbolic. Organizations behind the bill are using the law as a way to make sure SeaWorld doesn't pivot on its decision.

California is the first state to pass a law banning the breeding of killer whales. The law also states orcas that are rescued can still be kept in captivity.