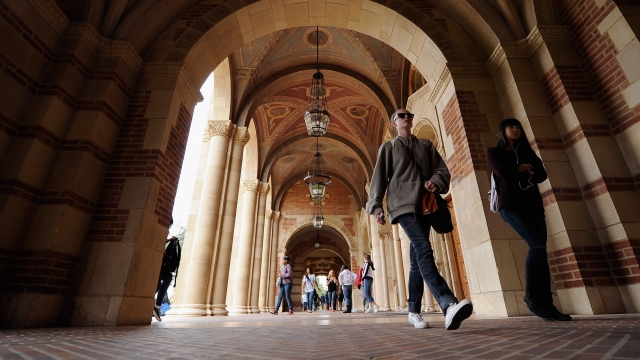 SMS
2 California Universities Quarantine Hundreds After Measles Exposure
By Katherine Biek
By Katherine Biek
April 26, 2019
The quarantines are in place at UCLA and Cal State L.A. for individuals who were exposed to measles and can't prove they've been vaccinated.
SHOW TRANSCRIPT

More than 200 people at two California universities are being told to stay home and avoid human contact after being exposed to measles.

A quarantine was ordered at UCLA and Cal State L.A. for students and staff who were exposed to measles but can't prove they've been vaccinated.

UCLA's chancellor said a student diagnosed with measles might have exposed more than 500 people on campus to the disease earlier this month. Of those individuals, 82 were under quarantine as of Thursday.

Meanwhile, a similar exposure incident at Cal State L.A. resulted in 156 people being placed under quarantine after they couldn't provide immunization records.

Earlier this week, the CDC said at least 695 measles cases had been reported across 22 states so far this year. That's the highest number of cases on record since the disease was eliminated in the U.S. in 2000.

And this isn't just a U.S. problem. A recent report by UNICEF found that almost 170 million children worldwide were not given the first dose of the measles vaccine between 2010 and 2017.