California Deploys National Guard Troops — But Not To Stop Immigration 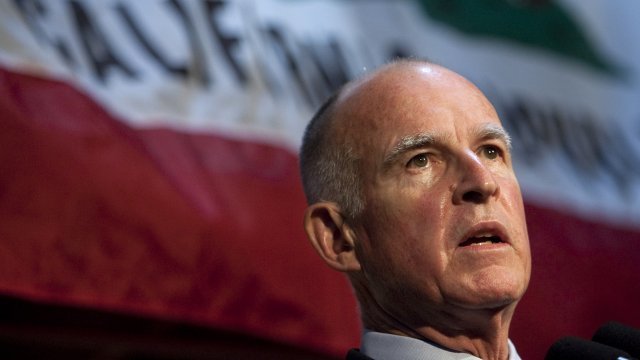 California Gov. Jerry Brown has agreed to send National Guard troops to the U.S.-Mexico border, but not for the reason President Donald Trump has requested.

Brown says he'll deploy about 400 troops. But not all of them will go to the border, and none will be "enforcing federal immigration laws." Instead, they'll join 250 other National Guard troops tasked with combating drug crimes, gun smuggling and human trafficking.