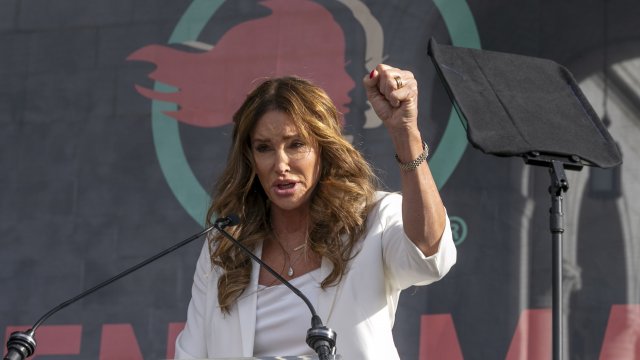 The Republican effort to recall California Governor Gavin Newsom may have just gotten a shot of energy. Axios reports Caitlyn Jenner, known for winning a gold medal during the 1976 Olympics and her role on Keeping Up with the Kardashians, is considering a challenge to Newsom.

Jenner, a former Trump supporter, voted for him in 2016 but spoke out against him in 2018 for what she says was a lack of support on issues affecting transgender people.

Recall organizers say they have enough signatures to put Newsom back on the ballot but are awaiting certification from the state.This is just the latest effort to boot Newsom from office, but data suggests the people of California are behind him. The Public Policy Institute of California says 56% of likely voters would choose to keep the current governor versus 40% who would oust him. Newsom is still popular in the blue state, including 77% approval from those in his party.

Newsom has faced a host of criticism particularly on his handling of the pandemic.  He now says he'll reopen the state on June 15th. The governor said the decision has nothing to do with the recall effort.

The situation at this point is less serious for Newsom than it was for former California Governor Gray Davis in 2003. He was recalled and replaced by Arnold Schwarzenegger.