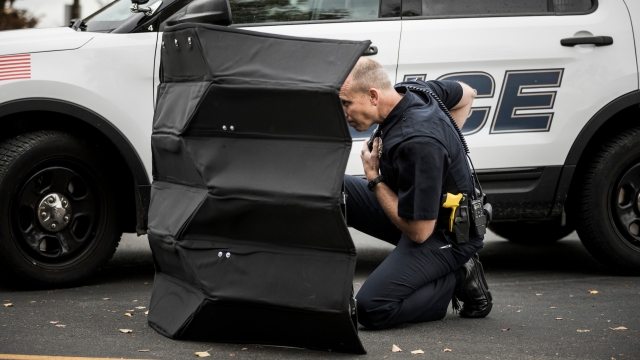 A team of engineers designed a bulletproof shield made from Kevlar and aluminum that folds into an origami pattern.

Origami could soon protect police officers from gunfire. But we're not talking about the paper kind.

A team of mechanical engineers at Brigham Young University designed a bulletproof shield inspired by an origami pattern.

It's made of 12 layers of Kevlar and has an aluminum core. Kevlar is a fiber used in protective combat gear like helmets and vests.

What makes this shield different is its weight and size. Traditional police shields can weigh more than 90 pounds and cover only one person, which isn't great for high-risk situations.

To answer that question, we need to know how many are sold with a background check, and that statistic doesn't really exist.

But the origami shield only weighs 55 pounds and was designed to protect up to three people.

The team tested the shield's strength against a few weapons, and it absorbed bullets from three different pistols.

The barrier is just a prototype right now. But the team says it hopes law enforcement agencies could use it in the future.