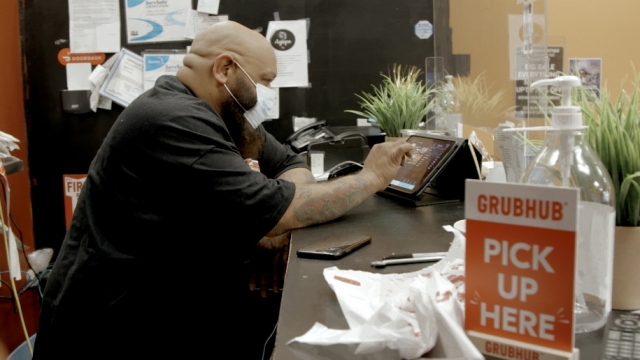 "I haven't missed the payroll since I opened this business, and I'm not going to miss the payroll," Ivy Alexander, co-owner of Smoke In The Pit, said.

At the intersection of 38th Street and Chicago Avenue in Minneapolis, Ivy Alexander is barely keeping her business running.

For Ivy and her husband, Dwight, business has been sporadic since George Floyd's death just steps from their restaurant, Smoke In The Pit.

"It brought an influx of people down here, and so we could hardly keep up with the business the first couple of months," Alexander said. "That started trickling off and we realized that we were kind of in a square blocked off here."

Barricades set up by the city block each entrance to this intersection. Volunteers monitor the entryway. While activists here say all are welcome, some patrons say they don't feel that way.

"I had to walk a block or two or more to go get our supplies," Alexander said. "Garbage was piling up because they weren't letting the garbage collector come in."

"Since we opened, all odds were against us, ever since we got the location," said Cedric Steele.

The Alexanders are not alone. Cedric Steele, co-owner of Just Turkey Restaurant, says people can't find his restaurant since it's behind the barricades.

"I get a million phone calls every day because people don't know how to come to us," Steele said.

As the trial of Derek Chauvin gets underway, both Alexander and Steele say the only thing that will reopen the intersection is justice for Floyd's family.

"I don't blame anyone down here because we are all in agreement on what needs to happen because of this social injustice," Alexander said.

The city of Minneapolis says it is working on plans to improve the intersection. For activists here, justice requires the city to meet a list of 24 demands. This includes the completion of the trials of all four officers charged in Floyd's death.

Until then, a handful of empty storefronts and a vacant Speedway gas station stand as reminders of what could occur if things don't change for business owners.