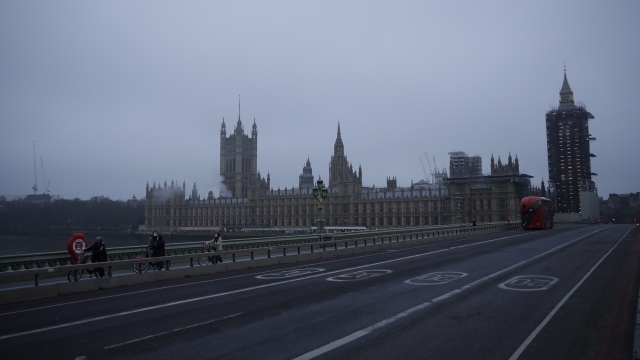 The United Kingdom is taking its first steps into a post-Brexit world.

"This is an amazing moment for this country," U.K. Prime Minister Boris Johnson said.

The Brexit transition period ended on New Year's Eve, more than four years after the U.K. voted to leave the European Union. A move, Prime Minister Boris Johnson says will open doors for Britain on the global stage.

"I think it will be the overwhelming instinct of the people of this country to come together as one United Kingdom – England, Scotland, Wales and Northern Ireland — working together to express our values around the world," Johnson said.

But not everyone in Britain is convinced that this new chapter outside the EU will work, especially for trade and foreign nationals.

"I think it is a problem, because deliveries are not so good to go to the United Kingdom, Great Britain economy," Alex Jomiru, a 28-year-old truck driver from Romania, said.

"They don't like foreigners and they just want us out," Luisa Oliveira, a 26-year-old nurse from Portugal, said.

"I think [Brexit] is a disaster, among many disasters this year. It is a crappy deal and yeah, I don't really see any positives in it to be honest," Matt Steel, 32-year-old doctor from the U.K., said.

A last-minute trade deal struck between the U.K. and the E.U. attempts to smooth out many concerns. The two sides can continue trade without tariffs or quotas. But the global economy is reeling from COVID and the year ahead may be a bumpy one in the new post-Brexit reality.