What Will It Take To Create An Artificial Brain? 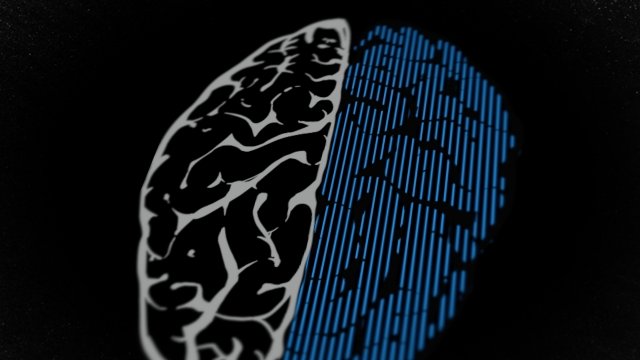 SMS
What Will It Take To Create An Artificial Brain?
By Evan Thomas
By Evan Thomas
July 10, 2017
A computer modeled after the human brain could deliver the best of both worlds — but our most unique organ is fiercely complex.
SHOW TRANSCRIPT

In recent years, science has gotten serious about something that used to exist only in fiction: creating an artificial version of the human brain.

The better we understand how the brain works, the more we can learn about treating things like Alzheimer's disease or epilepsy. Our progress there is also leading to new and better computers and giving them the benefits of brainpower. Some futurists even think if we can replicate the brain's structure closely enough, we might stumble onto digital consciousness.

Creating a computerized version of the brain could give us the best of both worlds. Compared to brains, computers are much easier to repair or replace. Compared to computers, the human brain sips just a few watts of power.

And biological brains evolved over millennia to be good at processing a whole bunch of information from their surroundings in real-time; imagine robots with the same balance and dexterity as humans. 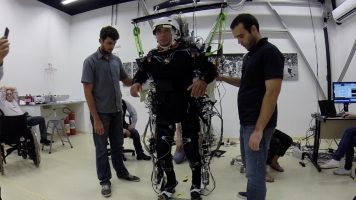 But replicating those characteristics isn't easy. The cerebral cortex has 150 trillion connections between its neurons, and they're constantly changing how they connect to one another. That's how we learn and form memories. Some researchers think computerized brains will reorganize themselves the same way, which will require special circuit designs.

Researchers in Germany are making steady progress building circuit maps for parts of the brain. Elsewhere, DARPA and IBM are experimenting with nimble, power-sipping chips inspired by the layout of neurons. Labs in the United Kingdom and Germany are building entire neuromorphic computers, arranged the same way our brains are.

But it still takes a supercomputer 40 minutes to simulate one full second of brain activity. Even a whole server room can't yet match the complexity of what's in our own skulls.

And what happens when we do? When a computer is organized and operates like a brain, some philosophers think it might develop its own digital consciousness. But this is hard to predict because we still don't have a solid understanding of how conscious thought works in our own brains.

It would also raise new questions for computer engineering, philosophy and ethics. Some futurists, including Ray Kurzweil, think we might have to answer them within a few decades. Others say the interconnections in the brain are just too complex to ever rebuild. 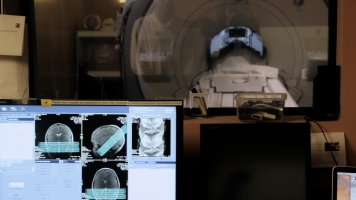 And that future — however it turns out — is better-funded than ever. Brain projects are underway all over the world, from the China Brain Project, to the EU-led Human Brain Project and the BlueBrain Project in Switzerland. In the U.S., the BRAIN Initiative is on track to spend $4.5 billion for research through 2025.

But because there's so much to learn, some scientists don't want to sign on to vast projects. They say the lofty goals and huge budgets are "premature" if we're still exploring the basics of what makes our brains work.

And it's true a fully capable hardware brain in a brain-sized package is still a long way off. But the investment and research is already turning up a steady stream of new science. And with a target as complex as the human brain, we have to start somewhere.