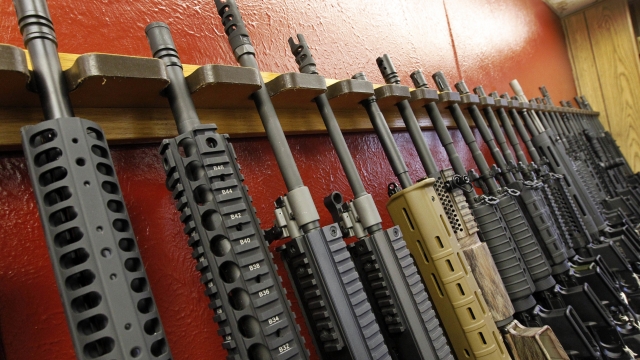 Less than a year before he was accused of opening fire and killing 10 people in a racist attack at a Buffalo, New York, grocery store, the 18-year-old gunman was investigated for making a threatening statement at his high school.

New York has a “red flag" law designed to keep firearms away from people who could harm themselves or others, but the supermarket gunman was still able to legally buy an AR-15-style rifle.

The “general” threat at Susquehanna Valley High School last June, when he was 17, resulted in state police being called and a mental health evaluation at a hospital. New York Gov. Kathy Hochul told Buffalo radio station WKSE-FM that the gunman had talked about murder and suicide when a teacher asked about his plans after school ended, and it was quickly reported but the threat wasn’t considered specific enough to do more. No request was made to remove any firearms from the suspect, New York state police said Monday. The shooter has pleaded not guilty and his attorney has declined to comment.

The revelations are raising new questions about why the law wasn't invoked and how the effectiveness of “red flag laws” passed in 19 states and the District of Columbia can differ based on how they're implemented.

WHAT ARE RED-FLAG LAWS?

Typically, red-flag laws, also known as extreme risk protection orders, are intended to temporarily remove guns from people with potentially violent behavior, usually up to a year. In many cases, family members or law enforcement must petition the court for an order, though New York is a rare state in which educators can also start the process.

Removing weapons for that long, however, requires a hearing in which prosecutors must convince a judge that the person poses a risk. Most states also block the person from buying more guns during that period.

Red-flag laws are often adopted after tragedies. Florida did so after the 2018 mass shooting at Marjory Stoneman Douglas High School in Parkland that killed 17 students. Law enforcement officials had received numerous complaints about the 19-year-old gunman’s threatening statements.

The 2019 law allows family members, prosecutors, police and school officials to ask courts to order the seizure of guns from someone who poses a danger to themselves or others. The subject of the court action is also prohibited from buying guns while the order is in effect.

An explanation of the law on a state government website says the law made New York the first state to give teachers and school administrators the ability “to prevent school shootings by pursuing court intervention.” 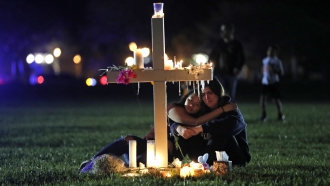 Families Of Parkland Shooting Victims To Get Millions For FBI Inaction

The online description, crafted before the Buffalo shooting, expresses optimism about the law’s impact, saying it would both safeguard gun rights “while ensuring that tragedies, like the school shooting in Parkland, Florida, are not repeated.”

The question is why one wasn't used in the Buffalo shooter's case.

WHAT’S THE PROCESS OF REQUESTING AN ORDER?

Someone seeking an order files a simple, two-page application with the primary county court. It’s considered a civil case, with no criminal charge or penalties involved.

A judge decides whether to issue a temporary order on the same day the application is filed, according to a New York courts website. If it is issued, police take the guns.

A hearing, involving witnesses and evidence, is set within 10 days. If the judge decides to issue a permanent order, it would remain in effect for a year. The petitioner can ask for an extension.

HAS THERE BEEN PUSHBACK TO THE LEGISLATION?

Some opponents of the red-flag legislation in New York feared it could lead to false accusations by family members or others with a grudge against a gun owner.

Legislators in New York and elsewhere were aware of the potential legal pitfalls and drafted laws in such a way to avoid constitutional challenges, said Eric Ruben, a fellow at the Brennan Center for Justice who also teaches law at SMU Dedman School of Law in Dallas.

Among the safeguards in New York, he said, is a relatively high standard of proof — clear and convincing evidence — required to secure a final, yearlong order, he said. The law also includes penalties for false applications.

DO RED-FLAG LAWS SAVE LIVES?

The law, Ruben said, “poses significant obstacles” for someone under a red-flag order wanting to buy firearms because they are entered in the background check system as long as the order is in effect. “It wouldn’t stop someone from illegal purchases, however.”

“Certainly, red-flag laws are more than anything else aimed at trying to stop mass shootings,” said Dave Kopel, research director at the Colorado-based libertarian think tank Independence Institute, which supports gun rights. “But they can be and should be used for more than just that. A handful of killings or suicides is horrific enough.”