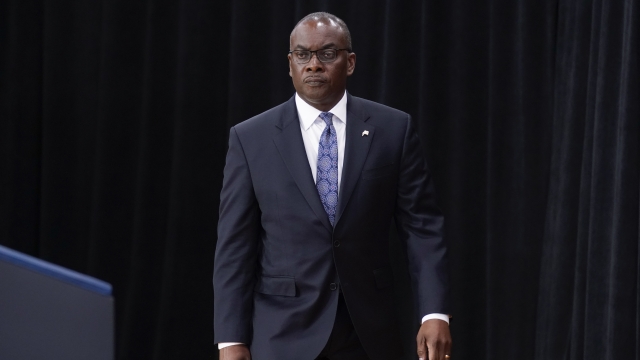 SMS
Buffalo Mayor Byron Brown Speaks To Newsy
By Newsy Staff
By Newsy Staff
May 20, 2022
After the supermarket shooting, "we are leaning on each other, holding each other, we are trying to stay strong as a community," Brown said.

The first funeral for one of the 10 people killed in a racist attack in New York last weekend is set to take place Friday.

Deacon Heyward Patterson will be laid to rest. He's remembered as a beloved son, brother, and above all a loving father.

More funerals will be held over the next few days.

"The city has been in shock … filled with anger, grief, pain. People, though, are coming together. Buffalo is known as a city of good neighbors nationally and internationally, and we've wrapped our arms around these families of the victims of this racially motivated mass shooting," Buffalo Mayor Byron Brown told Newsy.

"We are leaning on each other, holding each other, we are trying to stay strong as a community. Buffalo is strong; we are grieving but we will get through this," the mayor added.

The FBI says it has completed collecting evidence at the supermarket and plans to prosecute the shooting as a hate crime.

"Law enforcement at every level have done a great job — federal law enforcement, state, Buffalo police, Erie County sheriff," Brown said. "Evidence collection has concluded at the Tops Supermarket, inside the supermarket, which is good because it will give Tops the opportunity to get back in to do the work that they need to do to reopen the market as quickly as possible."

Mayor Brown also said he spoke to President Joe Biden about sensible gun control laws and the "proliferation of hate through social media," as well as the "indoctrination of people in White supremacy."