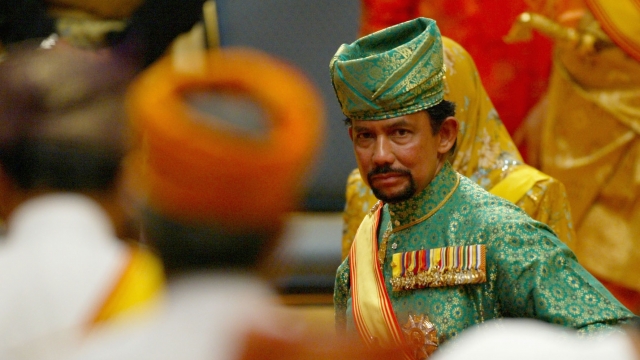 The law previously said it would punish same-sex intercourse, rape and adultery with death by stoning.

The sultan of Brunei says he won't impose the death penalty on same-sex intercourse. He backtracked on an earlier announcement that came as part of implementing Sharia law.

In an announcement Sunday, the sultan said he's aware there are "questions and misperceptions" about the law. He said he will extend a moratorium on the death penalty, adding the country hasn't carried out an execution in decades.

The country put the controversial law in place in early April. It punishes same-sex intercourse, rape and adultery with death by stoning.

It led to human rights advocates, LGBTQ activists and Hollywood celebrities boycotting hotels owned by the sultan, like the Beverly Hills Hotel in Los Angeles and the Dorchester in London. The United Nations called the law called Brunei's laws "extreme and unjustified punishments."

The sultan's announcement doesn't necessarily mean LGBTQ people in the country are safe from punishment. Homosexuality is still illegal, carrying a penalty of up to 10 years in prison. Critics argue the current laws, which still include amputation and public flogging for other offenses, are still too severe.