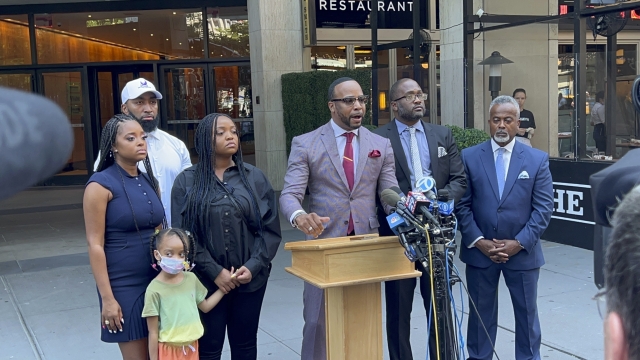 SMS
Lawyer Speaks On Behalf Of Brown Family Regarding Sesame Place Video
By Newsy Staff
By Newsy Staff
July 29, 2022
B'Ivory LaMarr is representing Jodi Brown, her daughter Skylar and her niece Nylah after a video shows a Sesame Street character waving them off.

Children's theme park Sesame Place is facing more racial discrimination accusations. A Baltimore family is now suing the amusement park's parent company, SeaWorld, for $25 million after a father alleged that his daughter was ignored by multiple costumed characters at a meet-and-greet event back in June.

This lawsuit comes after a separate incident where a video went viral of a Sesame Place character ignoring two young Black girls during a parade. The mother and the aunt of the two children, Jodi Brown, posted the clip on social media, where many people were really outraged by the actions of the character at the amusement. 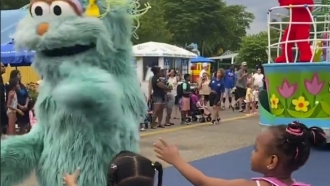 Sesame Place did respond to the incident, apologizing to the family and saying that it will conduct training for its employees to help create a better experience for guests.

NEWSY'S ROB NELSON: Good morning sir. Thanks for giving us some time today.

B'IVORY LAMARR: Good morning. Thank you for having me.

NELSON: You've seen the national reaction to this now viral video. You see what this family – in another incident – is now taking their issues to court in a class action lawsuit. I'm just curious, where do you want this to go now? What is the next step from your point of view?

LAMARR: Well, as we've maintained from the very beginning, our goal was to effectuate change. We want to ensure that other families don't have the same issues in dealing with Sesame Place Theme Park on their different visits. One of the first things that we're requiring, or we're asking and demanding, is that there be a termination of the individual, the character. Number two is that we would want a real, authentic apology. We think that there's no way that you can effectuate real change unless you really come out and acknowledge that this specific act was racism. Number three, we want the theme park to take care of and be responsible for the compensatory damages as it relates to mental therapy, in pain and suffering that this family has experienced. Now, we think all of these things can be achieved without a lawsuit. We were in dialogue with Sesame Place and we were making progress. So again, I want to make it clear that, our approach is completely different and apart than what the other family of Baltimore has done so far. 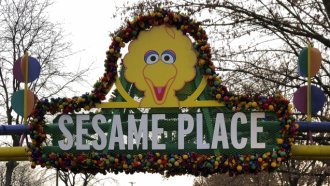 NEWSY'S ALEX LIVINGSTON: When this happened and the video went viral, were you expecting this kind of mass flood of people saying, "Hey, wait a minute. This actually happened to my kids as well." We mentioned the other family that will be suing Sesame Place. So, were you expecting this? Or, I mean, it's kind of hard to imagine that this is something that is just running rampant, right? But did you expect this to happen as far as, you know, having other people come forward with the video similarly.

LAMARR: Yeah, I mean, I think my office particularly has received hundreds of videos already just from different incidents that have occurred going back, you know, even a couple of years. So, again, I think that was expected. That's why it's very important, and we think the most expedient way to address this issue, was to get involved in some dialogue. Let's see some policy changes. We have the Congressional Black Caucus that is now demanding a meeting. I met with Reverend Jesse Jackson yesterday afternoon, and we talked about some ways and some solutions in which we can ensure this doesn't happen again. So, the NAACP's involvement, a lot of other social and political organizations getting involved. Hey, we're looking to heal. We want to maintain the integrity of this complaint. I believe that my clients, Jodi Brown and, as you see the two six-year-old girls, Nyla and Skylar, I think those are very clear examples of racism. But we want to make sure that it's not watered down or in any way compromised with claims that might not be as viable.

NELSON: So, in this moment, again, just to reiterate — You're more interested in dialogue than perhaps joining that class action federal lawsuit. You're seeing what can be achieved through other avenues. But when you talk about getting a response from, from SeaWorld or from Sesame Street, I'm curious as to if you've been even remotely satisfied with the response so far? And then, on this idea of training workers, explain to me why someone who works at Sesame Street as a costume character needs to be trained in not ignoring Black kids? Either you know how to do that job or you don't. What's the training aspect to teach what should be common sense and common humanity?

LAMARR: I would definitely agree. I think some things you can't train for and I don't think you can necessarily train out racism. I mean, I think if it exists, you gotta have a no tolerance policy when it presents itself ... I think that if there are certain biases that exist, you can ensure that these individuals are aware of making sure that you maintain consistency in your interactions when dealing with the public. So, again, I think that you gotta have a no tolerance policy. If racism shows its ugly head, you have to make sure that you are very intentional and direct about addressing it.

LIVINGSTON: Alright. B'Ivory LaMarr, the lawyer representing the Brown family. Thank you so much for joining us today. We appreciate it.

LAMARR: Thank you. Thank you so much for having me.