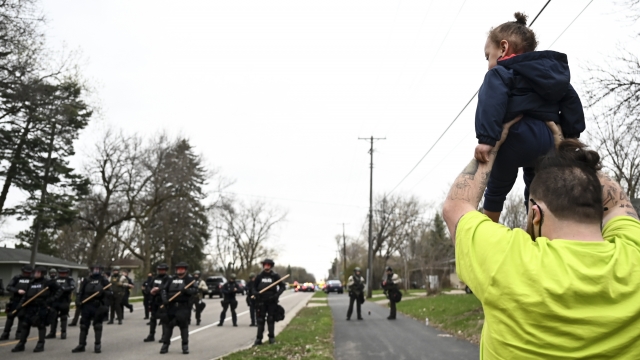 The city's mayor says the police chief and the officer who shot and killed Wright have submitted their resignations.

The former chief of police had said officer Kim Potter mistakenly shot Wright when she meant to use a Taser.

"You know, I'm hoping that this will help bring some calm to the community although I think ultimately, people want justice, they want full accountability under the law and so that's what we're going to continue to work for," he said. "We have to make sure that justice is served, justice is done. Daunte Wright deserves that. His family deserves that."