Britney Spears Hearing May Mean Freedom From Court Or Father 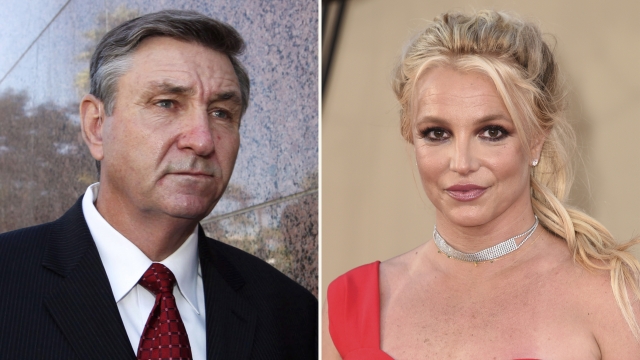 Judge Brenda Penny has been the calm eye of the storm surrounding Britney Spears and the conservatorship that controls her life.

Now all eyes are on her.

The Los Angeles Superior Court Judge has thus far been able to act more as a caretaker than a dictator in the case, but at a potentially pivotal hearing on Wednesday afternoon, she will be pressed to make major decisions on whether to keep Spears' father on as her conservator, or whether to end the conservatorship altogether.

Spears' attorney Mathew Rosengart has been aggressively pushing for the ouster of her father Jamie Spears since moments after Penny allowed her to hire Rosengart in July. Penny denied Rosengart's request for an emergency hearing on the issue, telling the attorney it could wait until Wednesday.

And in a major reversal, Jamie Spears, who first sought the conservatorship in 2008 and has been its primary overseer ever since, has filed a petition to end it altogether. He urged the judge to make a decision on the issue Wednesday and make questions of his status moot.

Britney Spears and Rosengart said in a subsequent filing that they agree with her father that the conservatorship should end, marking the first time she has called for an end to the arrangement in court documents.

They emphasized, however, that it is more important to her that her father be removed, calling it a necessary first step toward her freedom and "ending the Kafkaesque nightmare imposed upon her."

Rosengart said in another filing this week that Jamie Spears "crossed unfathomable lines" by engaging in illegal surveillance of her, including communications with her lawyer, as reported in "Controlling Britney Spears," a documentary from the New York Times and the FX network, one of two dueling documentaries released on the eve of the hearing.

Britney Spears was also engaged to her longtime boyfriend Sam Asghari earlier this month, which means putting together a prenuptial agreement that her father should not be involved in, her court filings said.

Jodi Montgomery, a court-appointed professional, now acts as conservator of Britney Spears' person, and Rosengart said in court documents that Montgomery also consents to ending the conservatorship so long as it can be done safely and smoothly.

It is not clear whether Britney Spears will take part in Wednesday's hearing. At two recent hearings she gave dramatic speeches decrying her status that rallied even more fans and fellow celebrities to her cause, and intensified the already loud calls to #FreeBritney.

Jamie Spears has denied acting in anything but his daughter's best interest, and has declined Rosengart's demands that he resign immediately, saying in a court filing that in his 13 years in the conservatorship, "to the best of Mr. Spears' knowledge and belief, not a single medical professional nor the report of a single probate investigator has recommended that Mr. Spears' presence as Conservator was harming Ms. Spears or that he should be replaced."

The conservatorship was established in 2008 when Britney Spears began to have very public mental struggles as media outlets obsessed over each moment, hordes of paparazzi aggressively followed her everywhere, and she lost custody of her children.