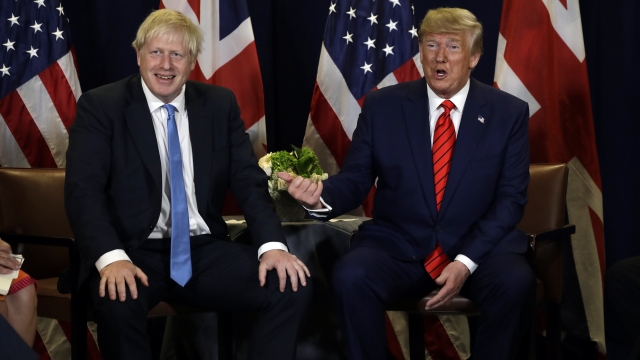 Associated Press reporter: "As you know, president-elect Biden has called you a clone of President Trump, and he's also made it clear that he thinks Brexit is a mistake and it will diminish Britain in the world. How are you going to convince him that he's wrong?"

British Prime Minister Boris Johnson had a friendly relationship with President Donald Trump. But now that President-elect Joe Biden is gearing up to take office, Johnson has to restrategize.

He told the Associated Press, "The United States is our closest and most important ally. And that's been the case under president after president, prime minister after prime minister. It won't change. And I look forward to working with President Biden and his team on a lot of crucial stuff for us in the weeks and months ahead: tackling climate change, trade, international security. Many, many, many, many, many other issues."

Johnson might have a tougher time getting close to Biden than he did with President Trump. Biden has called Johnson a "physical and emotional clone" of the president. And Biden was also against Brexit, which is the bedrock of Johnson's platform.

Now... post-Brexit... Johnson needs to negotiate a trade deal  directly with the U.S.