Millions Of Brits Petition For A Brexit Redo 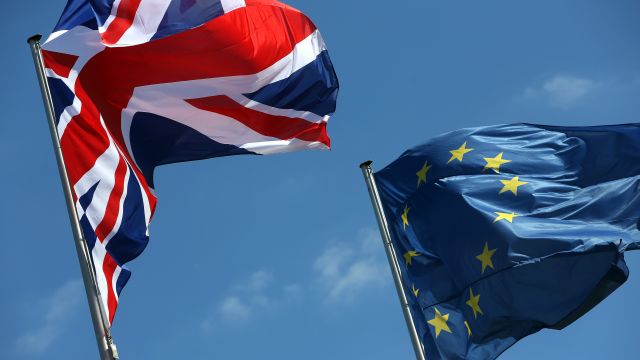 SMS
Millions Of Brits Petition For A Brexit Redo
By Lindsay Gloor
By Lindsay Gloor
September 5, 2016
Members of British Parliament debated another vote on Brexit after receiving a petition with more than four million signatures.
SHOW TRANSCRIPT

Members of British Parliament are required to consider any petition that receives more than 100,000 signatures for debate. And they just received one with more than four million signatures demanding a second Brexit referendum.

So Brexit supporters and opponents went head-to-head once again, debating the possibility of a "redo" in a parliamentary debate Monday.

"Voters will, if we try to ignore it, rightly ask, 'What part of the word 'leave' is so hard for you all to understand?' We've been given our marching orders, ladies and gentlemen. Brexit must mean Brexit ...," Conservative British politician John Penrose said during the debate.

David Lammy, a member of the Labor Party who disagrees with the Brexit decision, claimed the public had been "lied to" and said a second vote was the only way to avoid a "constitutional crisis."

Lammy has also suggested that the first Brexit referendum be treated as more of a recommendation, which could be ignored.

While it's unlikely a majority of Parliament would ignore the democratic majority, some leaders agree there is a fair case to put the terms of the United Kingdom's exit up for a public vote.

Prime Minister Theresa May has already ruled out a second referendum and attempted to calm world leaders' Brexit fears at the G-20 summit this weekend.

May might have to negotiate quickly with some of the U.K.'s previous partners, including Japan, who warned that the decision could cause the Asian nation to pull its European head offices out of Britain. Japanese car manufacturers account for more than 50 percent of cars produced in the U.K.