This Year's Nobel Prize In Literature Winner Is An Actual Novelist 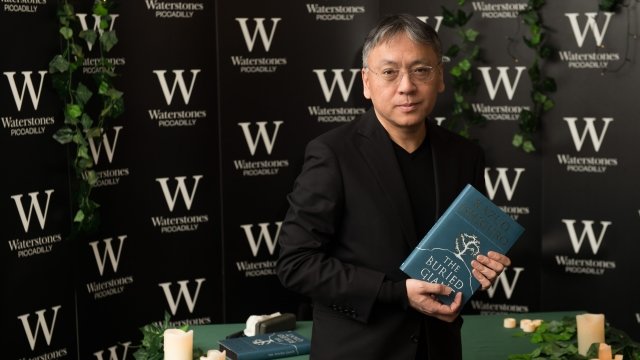 After last year's break with tradition, the Swedish Academy awarded the 2017 Nobel Prize in literature to a British author Thursday.

Some of Kazuo Ishiguro's best-known novels include "The Remains of the Day" and "Never Let Me Go."

Both works were adapted into movies: 1993's "The Remains of the Day" starring Anthony Hopkins and Emma Thompson was nominated for eight Academy Awards. "Never Let Me Go" hit theaters in 2010 and features Carey Mulligan, Andrew Garfield and Kiera Knightley.

Singer and songwriter Bob Dylan won last year's prestigious literature prize. The announcement shocked many, since the prize is normally given to novelists, poets and authors.

Also somewhat veering from tradition was 2015's winner: a journalist and nonfiction writer from Belarus.

The 77-year-old professor of English at Yale University has published 12 collections of poetry.

Ishiguro told the BBC winning the award was "flabbergastingly flattering."

"It's a magnificent honor, mainly because it means that I'm in the footsteps of the greatest authors that have lived, so that's a terrific commendation," Ishiguro continued.

Ishiguro beat out 194 other candidates to win. If you're interested in knowing who his competition was, you'll need to wait another 50 years for the Swedish Academy to release that information.