Double Exposure: How One Breast Cancer Survivor Reclaimed Her Identity 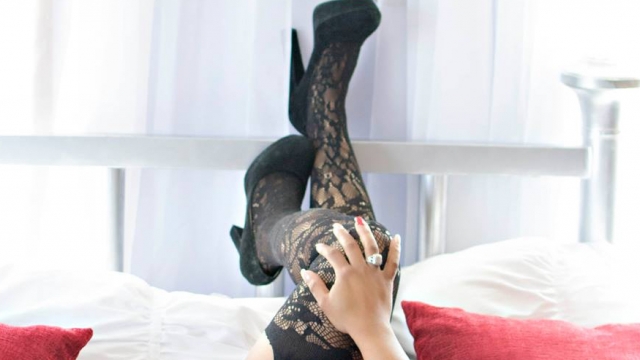 "I mean, I'm bald-headed, I have no hair and I have no tits," Shantise Sipho said.

Sipho was diagnosed with breast cancer at 23.

"It was just crazy because part of my life was normal. I lived a normal life. I was a mom, I worked, I went to school. And then the other part of — I was battling cancer," she said.

She has now been cancer-free for 7 years. But the chemotherapy and double mastectomy that saved her life cost her parts of her identity.

"And I kinda lost myself a lot. … They didn't immediately put implants in, so I was flat-chested for the first time in my life, and I had lost all my hair, so I had lost complete identity of who I was," she said.

Her feelings are not unusual. The American Cancer Society reports 31 to 67 percent of the estimated 3.1 million breast cancer survivors have concerns about body image. Hair and breast loss are some of the most common issues cited.

A sexy photo shoot was the first step toward regaining her confidence and sense of self. 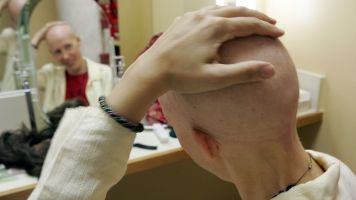 "That was the first time that I literally looked in the mirror and saw nothing but beautiful," she said. "I mean, you couldn't tell me nothing after that."

To help spread that feeling of empowerment to other women, Sipho opened her own boudoir studio.

"It's all about seeing yourself in a whole new light," she said. "It's about stripping yourself down, and I think it's more of the mental aspect of it than it's actually the clothing part of it. You're … exposing yourself to yourself."