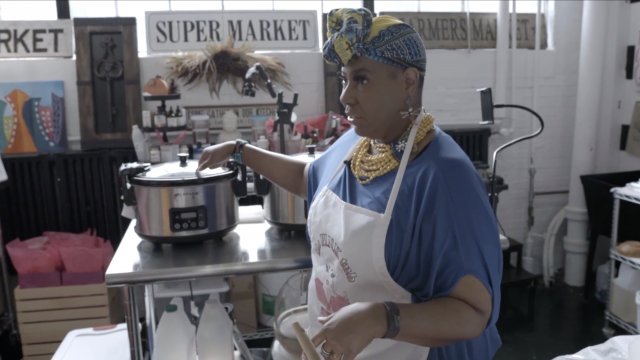 One woman takes us through a journey in dealing with her cancer diagnosis in a unique and therapeutic way.

Showing off her scratch-made oils, lotions and soaps, Victoria Thomas-Bodie is in her element.

Her Indianapolis based bath and body shop, The Pink Pub, has been successful, to say the least.

But getting to this point has been a journey. She conceptualized the idea just two years before a triple negative breast cancer diagnosis, but really started playing around with various lotions and oils during radiation treatment.

This now thriving business would become the catalyst that pulled her through what was ahead.

In 2017, after chemo, radiation and surgery she was cancer free, and ready to get back to business. Then, more heartbreak: Her husband and biggest cheerleader, Kevin, was diagnosed with cerebral brain aneurysms.

Mental health experts say women facing a breast cancer diagnosis experience a range of emotions from fear of the unknown to anxiety over their image, to worries about finances and childcare. When you couple that with the everyday hardships it leaves many women seeking answers.

Having faced two breast cancer diagnoses, Hill Schnipper says she would never say having cancer was a good thing, but the aftermath can sometimes lead to reflection.

Thomas-Bodie says in between the despair and loss, there were tiny seeds of inspiration.

She calls her lotions and soaps, along with her faith, therapeutic, giving her renewed purpose and drive every day.