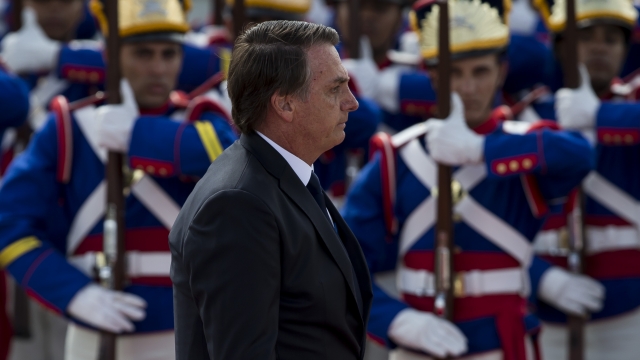 SMS
Brazil's New Forest Policies Could Cause Worldwide CO2 Impacts
By Tyler Adkisson
By Tyler Adkisson
January 11, 2019
Brazil is home to one of Earth's most important carbon sinks, and President Jair Bolsonaro seems to be taking steps to develop that land.
SHOW TRANSCRIPT

As Brazilian President Jair Bolsonaro took office at the start of January, environmentalists worried about his plans to open up the Amazon Rainforest to development. They say tearing down more of the Amazon could make Earth's already-ominous climate situation worse.

The Amazon has long been one of Earth's most important carbon sinks. Researchers say it could absorb about 2 billion metric tons of carbon dioxide in a year. That's roughly a quarter of all greenhouse gases held by Earth's forests — and about 4.5% of the total carbon released by human activity in 2017.

In the early 2000s, Brazil cut down approximately 7,300 square miles of the Amazon every year – an area roughly the size of New Jersey. But from 2004 to 2017, deforestation declined by 75%, and kept about 6 billion tons of carbon from entering the atmosphere. Environmentalists now worry that Bolsanaro will start dismantling more than a decade of policy that helped slow down deforestation. 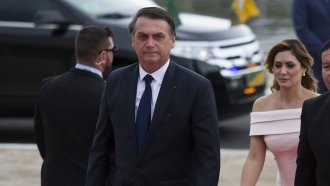 For example: On his first day in office, Bolsonaro signed an order to transfer the oversight of protected indigenous land from an indigenous agency to the agriculture ministry. That land makes up 13% of Brazil's area, and research shows such protected areas can be critical for keeping forests intact. Now it's expected to lose its protected status.