Brazil's Ex-president Turned Himself In To Authorities 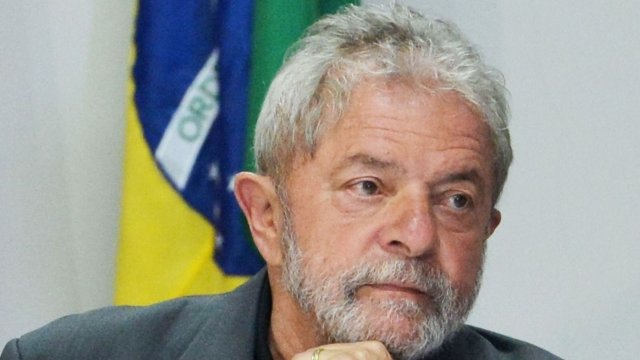 SMS
Brazil's Ex-president Turned Himself In To Authorities
By Ethan Weston
By Ethan Weston
April 7, 2018
He failed to turn himself in to police on Friday.
SHOW TRANSCRIPT

Da Silva is set to begin his 12-year prison sentence for corruption. He claims the conviction is meant to prevent him from running for president again in the fall.

Da Silva was convicted of accepting a bribe in the form of a beachfront apartment. But his defense says Da Silva's ownership of the apartment wasn't proven. There are a number of other corruption cases that he has yet to be tried for.

Da Silva still has a lot of supporters, and many of them gathered at the country's metalworkers union building, where he was staying.

The former president could appeal his case to the Superior Court or the Supreme Court of Brazil, but they could take months or years to rule on his case.