The Challenge And Promise Of Linking Our Brains To Computers 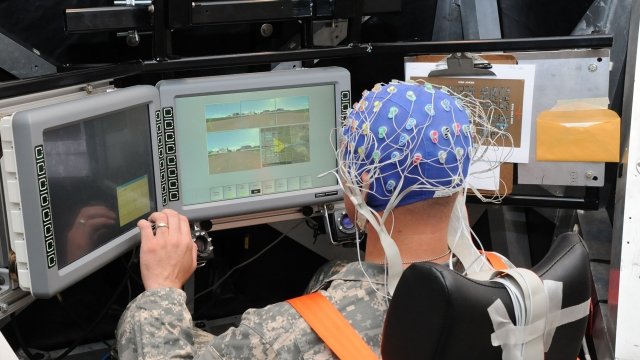 SMS
The Challenge And Promise Of Linking Our Brains To Computers

By Evan Thomas
August 4, 2017
Connecting our brains to computers could open up new ways of experiencing the world, but it will take time and money to get it right.
SHOW TRANSCRIPT

Some futurists and researchers think one of the most promising advances in computing will come when we connect them to our brains. They say it might alleviate some disabilities and give humans entirely new skills and senses.

But it won't be easy. Facebook, for example, wants to translate thought straight to text at 100 words per minute. A laser helmet would scan your neurons and convert their activity to computer code — all before you even open your mouth.

It would be far faster and less invasive than the latest and greatest brain-speech tech, but Facebook is counting on brain-science breakthroughs we haven't made yet. Current hardware isn't precise enough to scan individual neurons from the outside, and we would still need software that translates those signals to language.

But if Facebook's researchers do get thought-to-text working, they think they can develop brain controls for other applications along the way. That's the endgame: Using our minds to run the world.

We already have brain-computer interfaces to control things like drones, robotic arms and wheelchairs. Now early research is seeing if the tech could run augmented-reality environments or even give surgeons X-ray vision that they can turn on and off with a thought. 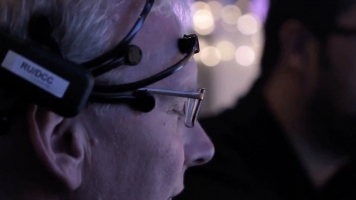 Some startups are planning for a future where we control our gadgets with our minds. Elon Musk made ambitious predictions for computerized brain implants that could turn humans into telepaths.

And even with long timelines and lots of work ahead, it seems the idea of running our technology on a whim is worth the investment. A Defense Department agency plans to cut $65 million in checks to researchers working on neural interfaces — and Facebook's moonshot division has hundreds of millions of dollars in funding.