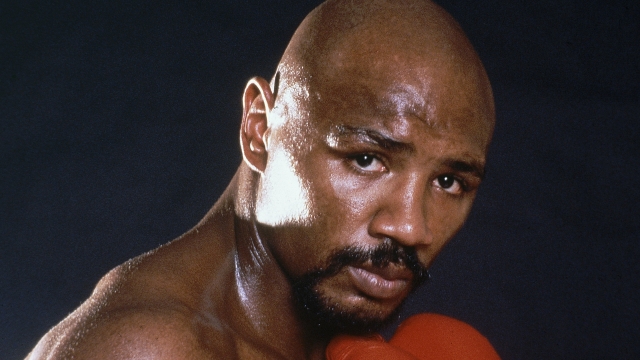 The middleweight star of the 1980s died in New Hampshire.

The boxing world lost a great over the weekend as legend Marvelous Marvin Hagler died in New Hampshire at the age of 66.

Hagler was known for his fierce spirit in and out of the ring over the course of a 14-year career with 52 knockout wins in 67 fights. Along with Tommy Hearns and Roberto Duran, Hagler made the middleweight classes the focus of boxing in the 1980s. Early in his career, he legally changed his name to "Marvelous Marvin Hagler" to garner the respect he felt he deserved.One of his most famous moments inside the ropes was against Hearns in a 1985 fight that lasted less than eight minutes. Hagler dominated Hearns in the last couple minutes of the fight, despite Hearns' fearsome right hook.