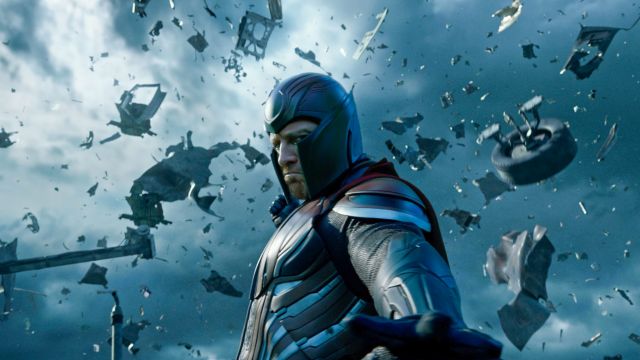 SMS
Box Office Top 3: X-Men Win As Alice Faces Apocalyptic Ticket Sales
By Jamal Andress
By Jamal Andress
May 29, 2016
"X-Men: Apocalypse" and "Alice Through the Looking Glass" both cost more than $170 million to make, but both made far less in their domestic debuts.
SHOW TRANSCRIPT

But before we get to that disaster, taking the No. 1 spot this week is "X-Men: Apocalypse," bringing in an estimated $65 million in its Memorial Day weekend debut. Analysts expect the film to bring in $80 million before the holiday weekend is over.

As far as X-Men openings go, this isn't the worst, but it's pretty bad. "X-Men: Apocalypse" is the sixth-best opening in the long history of the franchise. And if you adjust for inflation, it's the worst opening of the group by quite a bit.

But what's more surprising is the particularly bad critical reception for this new installment.

Since Fox rebooted the franchise in 2014 with "X-Men: First Class," the films have received excellent reviews across the board. "X-Men: Days of Future Past" is the best-reviewed film in the series.

Which makes the 48 percent Rotten Tomatoes score a little surprising for Bryan Singer's latest. But on the bright side, at least there's another Quicksilver scene.

Taking the No. 2 spot this week in truly disappointing fashion is "Alice Through the Looking Glass," bringing in about $28 million in its domestic debut.

Tim Burton's latest looks amazing — and for good reason. It cost $170 million to produce — almost as much as "X-Men: Apocalypse."

But with a great budget comes great bills, and those bills are going to be hard to pay with a lackluster debut and awful reviews.

"Storywise, 'Alice Through the Looking Glass' is totally nonsensical — and not in the endearing, episodic way that Carroll's books are known for," IGN's Max Nicholson said.

The original "Alice in Wonderland" film received similar criticism, but it ended up bringing in more than $1 billion worldwide. And as we know, nothing helps a big studio ignore movie critics like ticket sales.

Falling to No. 3 this weekend is "The Angry Birds Movie," bringing in an estimated $18.7 million in its second week out. The app turned feature film continues to do well overseas, helping push the worldwide total past $220 million.

As for next week, time to find that faded, two sizes too small TMNT shirt.