Botswana Has Lifted Its Ban On Elephant Hunting 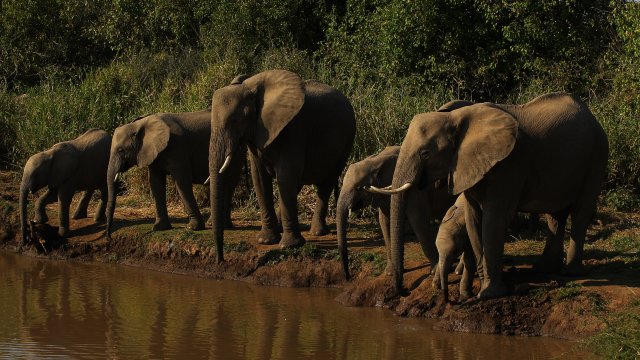 SMS
Botswana Has Lifted Its Ban On Elephant Hunting
By Alec Larson
By Alec Larson
May 23, 2019
Officials said the ban's being lifted, in part, due to increasing conflicts between elephants and humans.
SHOW TRANSCRIPT

On Wednesday, Botswana lifted a ban on elephant hunting, turning what was once a sanctuary for African elephants into open territory for licensed hunters.

In a statement, Botswana's government said the ban is being lifted due, in part, to increasing conflicts between elephants and humans. The statement did not specify how hunting will be regulated, but said it would resume "in an orderly and ethical manner."

Botswana is home to 130,000 elephants, the most of any country in Africa. The ban was put in place in 2014 to help the shrinking elephant population recover from the loss of habitats and poaching.

The Botswanan government says it will grant as many as 400 elephant hunting licenses a year.