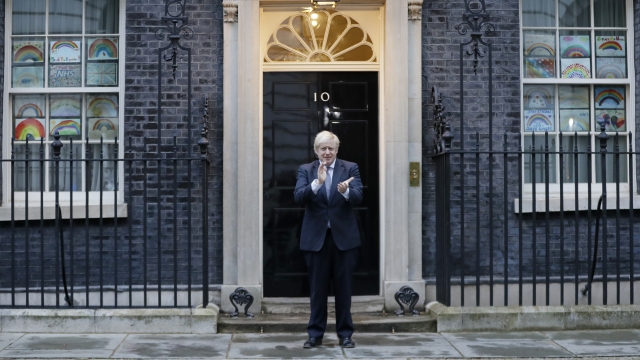 SMS
Boris Johnson Says Doctors Were Preparing His Death Announcement
By LeeAnne Lowry
By LeeAnne Lowry
May 3, 2020
He said there was a point where doctors started "to think about how to handle [his condition] presentationally."
SHOW TRANSCRIPT

British Prime Minister Boris Johnson says when he was in intensive care with COVID-19, doctors were preparing a death announcement.

He told the Sun he was aware his physicians were making contingency plans. Johnson recalled despite "liters and liters" of oxygen, his condition was worsening.

Johnson told the newspaper that when there was a chance he'd be put on a ventilator, doctors started "to think about how to handle it presentationally." He said: "They had a strategy to deal with a 'death of Stalin'-type scenario."

Johnson was one of over 183,000 confirmed cases of the virus in the U.K. He was taken to a London hospital in early April after displaying "persistent symptoms of coronavirus" and moved to the ICU a day later after his condition worsened. Johnson says he owes his life to the hospital staff.

Last week, Johnson announced he had given his newborn baby a middle name of Nicholas in tribute to doctors who treated him.