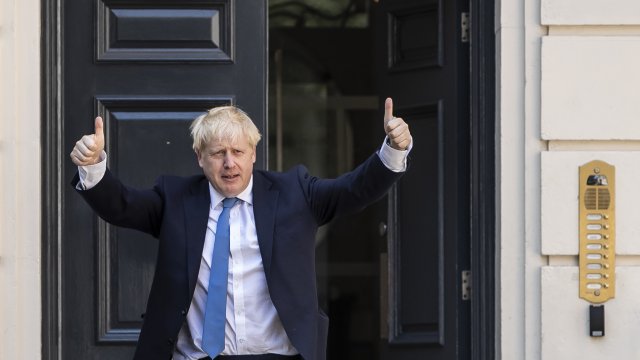 Boris Johnson, the U.K.'s new Prime Minister, is taking over in the midst of a diplomatic crisis with Iran.

A British-flagged tanker ship remains in Iranian control after it was seized last week while crossing the Persian Gulf. The seizure is likely to be retaliation for the U.K.'s detention of an Iranian vessel in Gibraltar weeks ago.

Iranian Foreign Minister Javad Zarif congratulated Johnson on his victory, but also warned him that the country would defend its waters in the Gulf — and accused the U.K. of practicing piracy on behalf of the U.S.

Tensions between the U.S. and Iran have been steadily escalating in recent weeks over the fate of Iran's nuclear program. The U.K. is caught between its commitments to the European-led effort to save the Iran nuclear deal, and its strong alliance with the U.S., which has abandoned the deal in favor of economic sanctions.

Johnson's previously indicated he won't support U.S.-led military action against Iran. But the new PM's warm relationship with President Trump means Johnson is unlikely to push back too much against the U.S. in the Gulf.

The Iran crisis is just the first major issue looming over Johnson's term in office. Johnson is counting on support from both Europe and the U.S. to deliver a smooth Brexit from the European Union by October 31.