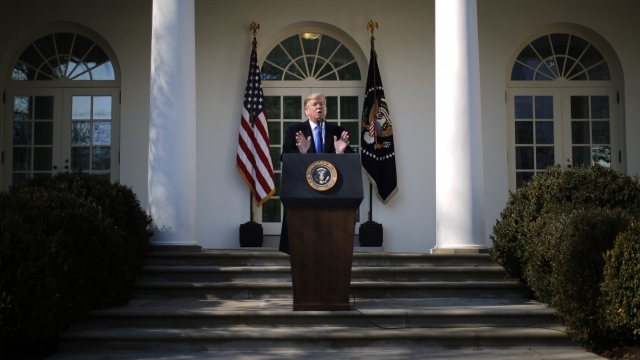 A federal judge temporarily blocked $1 billion in funding from the Trump administration's border wall. Construction had been scheduled to start as early as Saturday.

As part of President Trump's national emergency declaration earlier this year, the White House said it would take more than $600 million from the Treasury Forfeiture Fund and up to $6.1 billion from the Department of Defense to help pay for a border wall. The declaration gives him access to that government funding without going through Congress.

Two activist groups represented by the ACLU sued. They requested a preliminary injunction, which is an order given before or during a trial to stop irreparable harm before a final decision is made.

In an injunction filed Friday, the judge said he wants to be clear that this lawsuit is strictly about whether the executive branch has the authority to reallocate funds. He said it's not about whether building the wall is "wise or unwise."