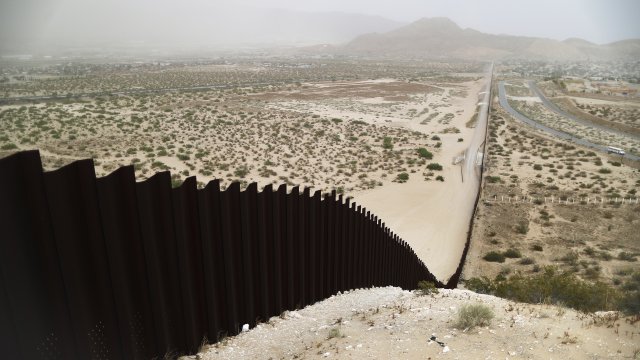 SMS
Border Patrol Arrests More Than 1,000 Migrants In Record Bust
By Alec Larson
By Alec Larson
May 30, 2019
​It was the largest single-group apprehension in the CBP's history. The previous record of 424 people occurred earlier this month.
SHOW TRANSCRIPT

A sweep by Border Patrol agents in El Paso, Texas apprehended more than 1,000 migrants after they illegally crossed the U.S.-Mexico border.

The early Wednesday morning arrests accounted for the largest single-group apprehension in the CBP's history. The previous record bust of 424 people occurred earlier this month.

All of the migrants processed so far are from three countries in Central America: Guatemala, Honduras, and El Salvador.

Sixty-three of the individuals apprehended were children who were traveling alone.

News of the mass apprehension was followed by an announcement from President Donald Trump that he will be making a "major statement" on illegal immigration at the Southern Border. He is expected to offer the details late Thursday or Friday.