Bombing In Kabul Kills At Least 63 People, Injures 180 Others 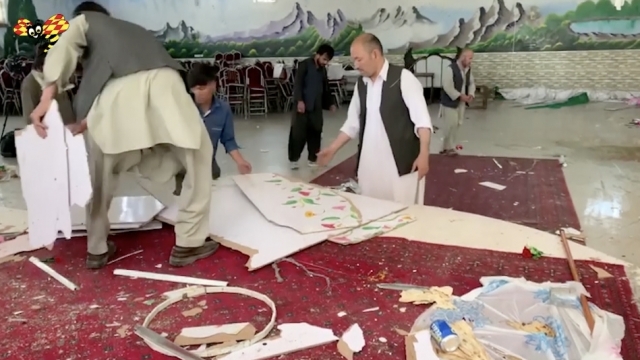 A statement from ISIS said it attacked a group of followers of Shiite Islam, which ISIS says are "rejecter polytheists," or apostates.

In an online statement on Sunday, ISIS claimed responsibility for a suicide bombing at a wedding in Kabul, Afghanistan on Saturday evening. The attack left 63 people dead and more than 180 injured.

Attached to the statement was a photograph showing a young Pakistani man with an assault rifle. The Arabic text said the man attacked a group of Shiite Islam followers, which ISIS calls "rejecter polytheists," or apostates.

The bomber detonated an explosive vest, according to the SITE Intelligence Group, which monitors terrorist group activities. SITE also said ISIS took responsibility for a car bombing after the attack at the wedding.

The bride and groom survived the attack in the Dubai city wedding hall. More than 1,000 guests were gathered. Many of the dead and wounded were in the same family and numerous children were killed. Hospitals were overwhelmed with patients.

Funerals were already being held on Sunday morning after the attack.