Bollywood Gets A Film That Accurately Portrays LGBTQ Love 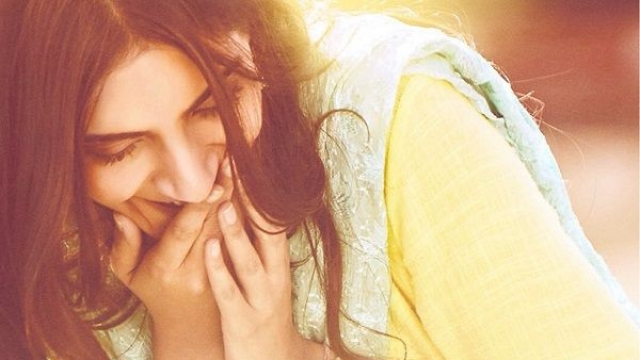 SMS
Bollywood Gets A Film That Accurately Portrays LGBTQ Love
By Melissa Prax
By Melissa Prax
February 15, 2019
Bollywood has a bad track record of perpetuating homophobia in its films -- until now.
SHOW TRANSCRIPT

Turns out, the film’s title — which means "When I saw this girl, I felt something" — is actually said by a woman about another woman. And it’s causing a stir in India because it’s unlike anything Bollywood has ever done before featuring LGBTQ characters.

Plus, it features some of Bollywood's biggest stars: Sonam Kapoor and Anil Kapoor.

It’s not the first Bollywood film to feature LGBTQ characters. But previous films have a track record of perpetuating homophobia, making a joke out of LGBTQ characters or relying on stereotypes and oversexualization.

Take the 2008 film "Dostana," where two of the main characters pretend to be a gay couple so they can secure a dream apartment.

Or the way cross-dressing is used for comedic relief in the 2014 film "Humshakals."

"Men Not Allowed," released in 2006, has been criticized for portraying lesbian love through the male gaze.

To Bollywood's credit, a handful of films featuring LGBTQ characters have done so with care — including Kapoor & Sons, in which a gay son navigates his family’s messy dynamic. The sexuality of Fawad Khan's character isn't the main plot of the film, however.

One of the first mainstream Bollywood films to show a lesbian love story on screen was “Fire” in 1996. But "Fire" seems to convey that women become lesbians only because of trouble in straight marriages. The film was heavily scrutinized by some religious groups in India and caused protests.

And those protests speak to a larger issue that persists in Indian culture even decades later: homophobia.

But, India has made some legislative strides. In September 2018, the country's supreme court ruled that gay sex was legal, despite a long upheld colonial law.

Still, people's mindsets in the country haven't necessarily caught up to the law. Members of the LGBTQ community still face high levels of discrimination in everyday life, from getting healthcare and  finding a job to being accepted by family.

That’s why "Ek Ladki Ko Dekha Toh Aisa Laga" is being praised by India’s LGBTQ community. Bollywood is highly influential, so the fact that the movie is set in a rural town and gives depth to the lesbian characters may signal positive change in Indian society’s attitude toward its LGBTQ members.

The film's director told The Telegraph: "The minute you set the story in urban India, people would think things like these only happen in the cities and it comes to us from the West. So, I wanted to take mentality out of the equation. Homosexuality has got nothing to do with city life or the West."

"Ek Ladki Ko Dekha Toh Aisa Laga" raked in over $600,000 in its domestic opening weekend. Compare that to another recent Bollywood blockbuster, "Uri: The Surgical Strike," which brought in more than $630,000.

Because Bollywood has millions of viewers around the globe, films like "Ek Ladki Ko Dekha Toh Aisa Laga" matter far outside of India. They could potentially tear down homophobia in India and beyond.