Boeing Just Unveiled Its 737 MAX Fix — Here's How It Works 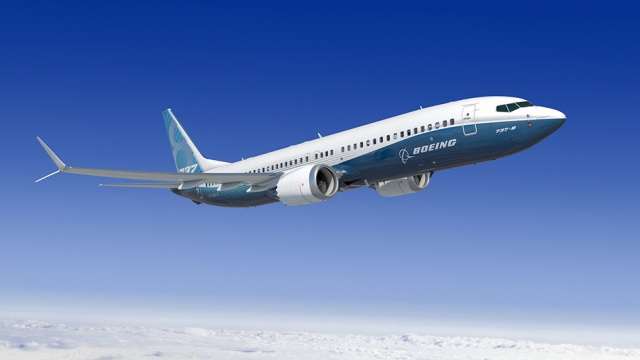 SMS
Boeing Just Unveiled Its 737 MAX Fix — Here's How It Works
By James Packard
By James Packard
March 27, 2019
Boeing gathered airline representatives Wednesday to show off its 737 MAX fixes. It will have to be enough to convince pilots.

Boeing thinks it has a fix to its 737 MAX problems.

The company unveiled updates that will give the pilots more control over the plane when things go awry.

By now, you might be familiar with the problem. It's an automation system called the Maneuvering Characteristics Augmentation System, or MCAS.

It appears to have malfunctioned on two 737 MAX flights — once near Indonesia, once in Ethiopia. Both planes took off, then minutes later crashed, killing everyone on board. It was after the second crash that officials worldwide grounded MAX planes.

Here's how the MCAS works: It monitors the plane for abnormal pitch — the angle at which the nose is pointed into the sky. If it senses the plane is stalling  — as in, losing lift — it pushes the nose of the plane down.

But how does the MCAS know the plane is stalling? It uses readings from "angle of attack" sensors. There are two AOA sensors on the nose of the 737 MAX. They measure air pressure to determine the plane's pitch.

In the original MCAS design, just one faulty AOA sensor could make the plane think it was stalling and push the nose of plane down. If the plane wasn't actually stalling, that meant a nosedive.

As Newsy first reported in early March, Boeing's update will make the plane look at both sensors and compare the information they're sending. If they disagree by more than 5.5 degrees, the MCAS will not push the nose down.

Plus, Boeing is adding displays, by default, to tell pilots if the AOA sensors disagree.

The MCAS puts the nose down by moving the plane's "horizontal stabilizer" — what looks like little wings on the tail of the plane. They control pitch.

Boeing's update will also limit how much the MCAS can move that control surface. Boeing says the system won't be able to move the stabilizer more "than can be counteracted by the flight crew pulling back" on the control column in the cockpit.

Another problem the MCAS used to have: It could tell the nose to pitch down repeatedly. With the update, the plane will only be able to put the nose down on its own once for each high-pitch reading. That makes recovering from a nose dive much easier — and likely faster.

Boeing says all 737 MAX pilots will get updated training, including on the MCAS changes.

The update will have to be enough to convince the FAA, other countries, plus airlines and pilots the plane is safe.

It's still not clear when the MAX might re-enter service. Jason Goldberg with the American Airlines pilots' union told Newsy Wednesday, "We're hopeful, but the process can't be rushed."