Bob Costas Is No Longer Covering The Super Bowl For NBC 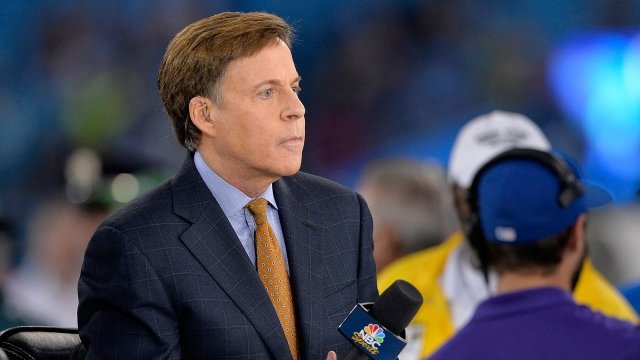 The network released its on-air roster for the game, and Costas isn't on it.

One of the most famous names in American broadcasting is no longer covering America's most-watched sporting event. Bob Costas isn't covering the Super Bowl LII for NBC.

NBC released its roster of on-air talent for its Big Game broadcast on Monday, and Costas' name isn't on it. Instead, Dan Patrick and Liam McHugh will handle hosting duties.

This is despite earlier reports that Costas would be a part of NBC's Super Bowl coverage this year.

This will be the Eagles' first appearance in the big game since 2005, when they lost to the New England Patriots 24-21.

The network says Costas won't be in Minneapolis for the game because Patrick and McHugh covered the NFL for the network all season. Costas apparently agrees; in a release he said it "wouldn't be right for me to parachute in and do the Super Bowl."

It's worth noting Costas made news in November when he publicly criticized pro football as part of a panel at the University of Maryland.

"The reality is that this game destroys people's brains," Costas said. "Not everyone, but a substantial number. It's not a small number, it's a considerable number. It destroys their brains."

Costas has hosted NFL coverage for NBC as far back as 1984 but stepped away this year as part of a "semi-retirement." He also handed over primetime Olympic hosting duties to Mike Tirico starting with this year's Winter Olympics, which will begin just a few days after the Super Bowl.