Boaty McNopeface: UK's Minister Of Science Is Not A Fan 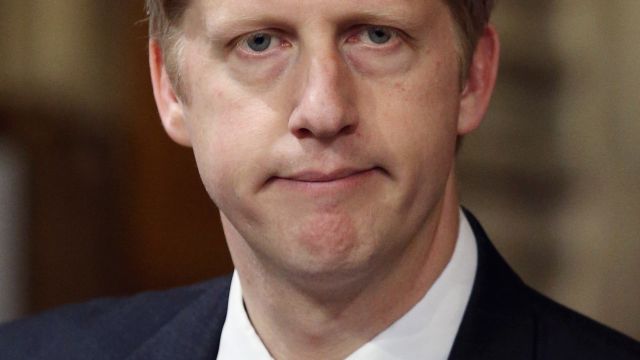 He suggested Boaty McBoatface wouldn't be a great name for a research ship addressing "some of the most important issues facing humanity."

The U.K.'s Boaty McBoatface might be dead in the water. That's the name the internet came up with after an environmental group decided to ask the public what to name a multimillion-dollar research ship.

In a BBC interview, the U.K.'s minister of science suggested the name was not "suitable" for the roughly $300 million polar research vessel.

"What's not suitable about Boaty McBoatface?," an interviewer asked.

"The gravity of the subjects that this boat will be exploring ... it's going to be doing science on some of the most important issues facing humanity," Jo Johnson, member of Parliament for Orpington, said.

The MP even tweeted last month, encouraging people to participate in the naming contest, but he probably couldn't have imagined the massive public support for Boaty McBoatface.

When the contest closed earlier this week, RRS Boaty McBoatface came in at No. 1 with over 100,000 votes. And you have James Hand to thank for that. The creator of the entry is a former BBC radio host, and he told the outlet it was mostly just a very British thing to do.

"You have to submit a reason, and I actually put it's a brilliant name, which I stand by. I don't know really," Hand told BBC.

The Natural Environment Research Council — which is funding the ocean research — has the final say. But we all know what the people chose.