Boaty McBoatface Is Back From Its Successful Maiden Voyage 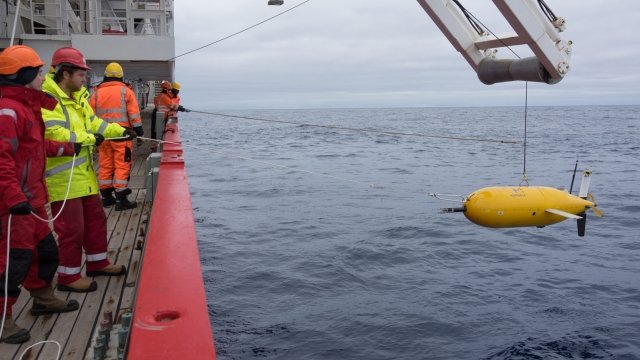 SMS
Boaty McBoatface Is Back From Its Successful Maiden Voyage
By Briana Koeneman
By Briana Koeneman
June 29, 2017
Everyone's favorite yellow robotic submersible made it home to the U.K. after it collected data near Antarctica last week.
SHOW TRANSCRIPT

Boaty McBoatface is back from its first expedition.

Everyone's favorite yellow robotic submersible made it home to the U.K. from Antarctica last week.

And scientists say it brought back some "unprecedented data" about some of the coldest ocean waters on the planet.

Boaty's maiden voyage took it to the Orkney Passage, about 500 miles from the Antarctic Peninsula.

And during the seven-week mission, the unmanned sub helped researchers gather data on the passage's temperature, water flow and underwater turbulence. 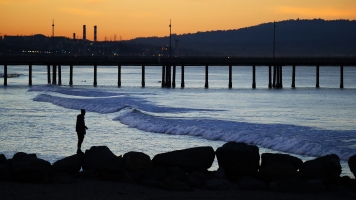 Our Oceans Have A Lot Of Untapped Energy For The Taking

And researchers say they hope the new data will help them understand how the ocean is responding to global warming.

Boaty's first expedition came about a year after an online competition came up with its unique name.

The moniker was originally supposed to go to a British research ship.

But after the contest, embarrassed officials decided to name their new polar research ship after naturalist Sir David Attenborough instead.