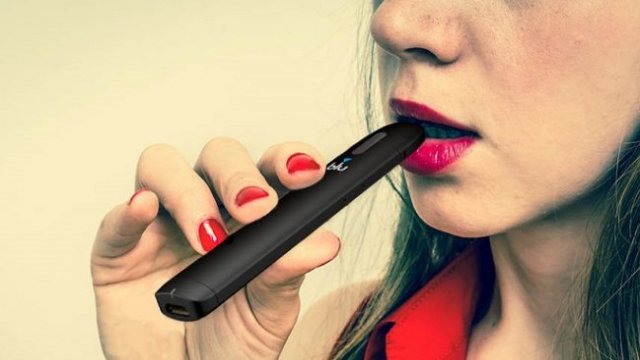 SMS
Blu E-Cigarettes Will Make Changes To Reduce Teen Vaping
By Cristina Mutchler
By Cristina Mutchler
November 13, 2018
The company told CNBC it plans to raise the minimum age requirement to purchase its products online amid an FDA crackdown on teen vaping.
SHOW TRANSCRIPT

It looks like some e-cigarette makers are giving in to pressure from the FDA to try to reduce teen vaping.

According to CNBC, the manufacturer of Blu e-cigarettes plans to raise the minimum age requirement to 21 to buy vape pods in the U.S. The company's CEO told the media outlet that it might also require online retailers to use age verification technology in order to stop minors from purchasing its products.

The move comes amid an industry-wide FDA crackdown on brands that it claims market to young people. Earlier this year, the agency gave five manufacturers, including the maker of Blu, 60 days to come up with a proposal to curb teen usage.

Some of those companies have already publicly released their plans. Altria said it'll stop selling its flavored products pending federal review and approval.

The FDA is expected to announce new restrictions on sales of flavored e-cigarettes — which health experts say are especially appealing to youth — as soon as this week.